Although we don't live in a rural area, we've been able to spend time at two different farms in the past two weeks. Today, we went to a great little children's farm. They had a hay ride, pony ride and train ride there as well. At the end of the day, each child gets to pick their own little pumpkin from their pumpkin patch. We went with several of our friends and had such a nice day.

Here's Meron on her first pony ride since being thrown of a horse this summer. She hopped right on without a second thought. 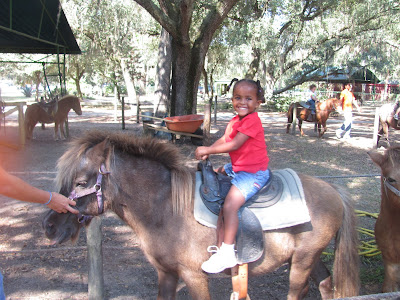 Caleb caught this fluffy chicken all by himself and was so proud. He also caught a duck. 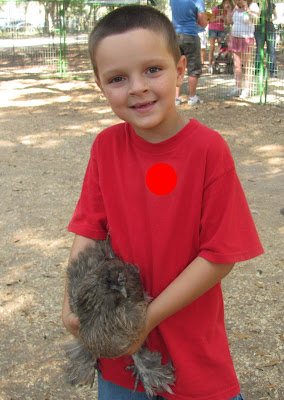 Caroline and Hermela petting a goat. It's kind of funny for Hermela to be petting what she once considered good food. When she found out that Nick's group had purchased goats for the kids' lunch while he was in Ethiopia, her eyes got really big and she said, "Can daddy please bring some home?" and licked her fingers just thinking about it. 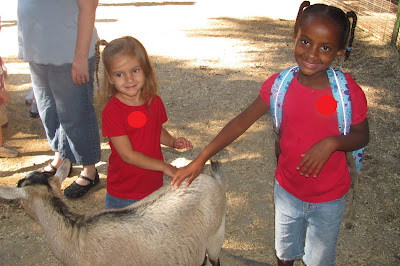 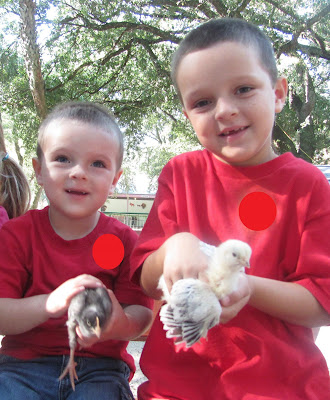 A rare family shot with me in it thanks to my friend Heidi's camera work. 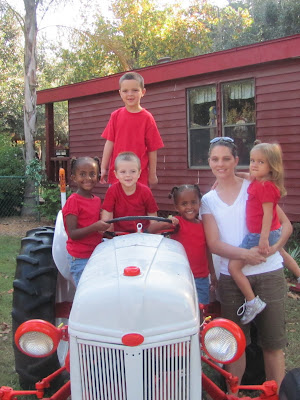 This was our farm day last week. It was a totally different experience, but still really fun. We went gleaning at a cucumber farm. We were working with a really cool organization that works with area farms and groves to do second harvesting of leftover crops which are then given away to food banks. I think it's such a great idea and makes a lot of since because otherwise, the food would just sit and rot. Of course this is also biblical as there are several verses in which farmers are instructed to leave back a portion of their crops for the poor. It was a great experience for the kids to get to see how they can contribute to others by putting in a little hard work. It was amazing to see a truck bed fill up with food that would have otherwise been wasted.
This is the most of the crew of kids that we went with. I love this picture because nobody is looking, the sun was in all of their eyes, and mostly because Colton is shooting me with a cucumber. 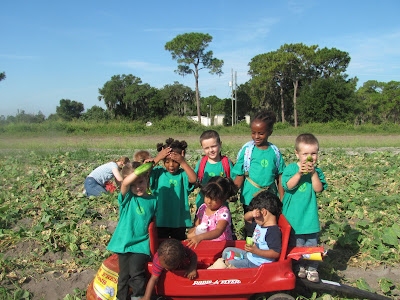 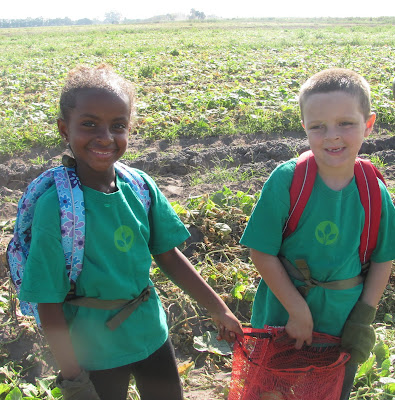 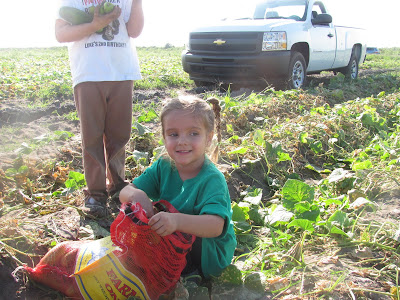 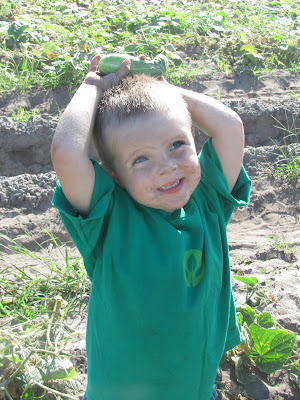 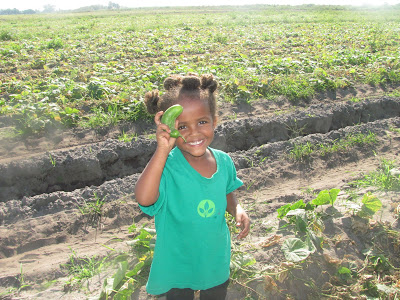 We've had a great time enjoying this somewhat cooler weather and spending lots of time running around outside experiencing the world.
Posted by Jessica at 3:30 PM 1 comment:

What If There's A Bigger Picture (and I think there is:)

Africa, especially Ethiopia is never far from my mind. How could it be really with two beautiful reminders dancing around me each day and another waiting across the world? The images that Nick brought back from his trip last month bring mixed emotions. Ethiopia is an absolutely beautiful place for so many reasons. At first glance, the extreme poverty is almost overwhelming. But then, I'll look at the smiling eyes of a child that's been given a glimmer of hope through the work that is being done there and the work that is ongoing behind the scenes thanks to the many sponsor families and through the donations of generous benefactors and suddenly, joy radiates through the despair.

We're finishing up our study on Radical and in one of the final chapters, David Platt writes, "Orphans are easier to ignore before you know their names. They are easier to ignore before you see their faces. It is easier to pretend they're not real before you hold them in your arms. but once you do, everything changes." We feel honored that we have been able to hold orphans in our arms. It changed EVERYTHING for us. The video below is a compilation of the images and people that Nick encountered on his trip. Real people with names. I pray that they are harder to ignore once you see their faces.

As I mentioned on previous posts, my husband Nick and I had partnered up with a new non-profit called Starved 4 Hope. They are working with Children's Hope Chest to coordinate sponsors for the Tullo Kebele School in Hawassa, Ethiopia. Over this past year, Nick and I have been on a journey to clarify our direction with serving in Ethiopia and have strived to position ourselves so that we would be ready to answer God's call when that direction was made clear. So, when the opportunity to join up with Starved 4 Hope presented itself, we felt like this was the answer we'd been praying for.

Last month, Nick was able to travel with some members of Starved 4 Hope on a Children's Hope Chest vision trip to Hawassa. He was able to spend time at the Tullo Kebele School and in the Hawassa community. He also travelled around to several other Children's Hope Chest care points in Ethiopia including Trees of Glory (the care point where our sponsor child Meseret is served).

God showed up in amazing ways before and during his trip. The first way was in His financial provisions for Nick to even make the trip. God then protected him as he travelled to and from Ethiopia without any problems, delays or lost luggage. He was well during his entire time there and has since stayed healthy. His diabetes was under control. He made some great contacts and was able to visit a few friends that we made on our trip to pick up the girls. God also showed up big when they fed the children in Hawassa. They had bought enough food to feed around 300 kids. More than 475 kids showed up and although it looked as though they wouldn't have enough to go around, they prayed over the food and not only fed everyone that came, but also had food left over (not 5000, but still just as amazing)! All of these occurrences were answers to prayer and on the home front, I had tons of help here while he was away and no major catastrophes to report when he arrived home-to God be all the glory! 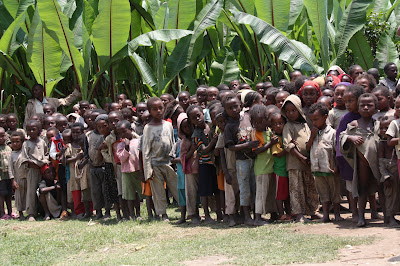 the meal that kept on giving 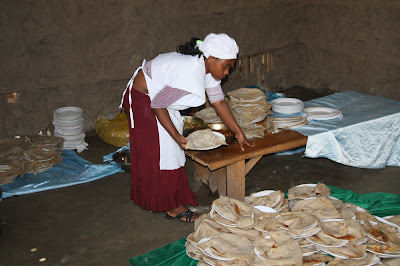 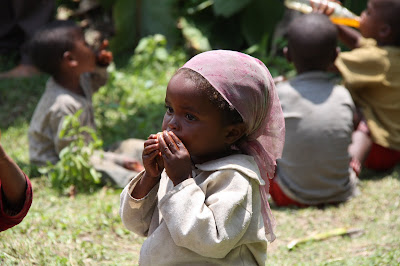 My biggest prayer aside from safety, was that Nick's eyes would be open further to the needs of the beautiful children and people of Ethiopia and that God would go before him and direct his path for the work He would have us to do there. The Lord answered that prayer as well, just not exactly in the way that we thought He would. I have said many times, and the more I say it and experience it, the more I believe it, "God's plans are ALWAYS better than our own." In his heart a man plans his course, but the LORD determines his steps (Proverbs 16:9). Isn't that reassuring? No matter what we do, it is God that has ordered our steps that lead us.

So as I said, we thought that the purpose of this trip was to meet first hand the community that we would be serving and clarify the direction of Starved 4 Hope at the Tullo Kebele School. During the trip, Nick had a good opportunity to really reflect on the priorities that God has given him in regards to our family serving orphans and vulnerable children and people in Ethiopia. After the trip, we came to the conclusion that working to establish a new non-profit is not the most efficient way for us to fulfill God's purpose for our family. Ultimately, we just want to serve others and a massive amount of our resources would have initially been going to promoting and supporting an organization, rather than the people who we've been called to care for.

While non-profits are necessary to an extent to do outreach, we feel like we can still accomplish great things for God by working with non-profits that are already established in Ethiopia. So, we've decided to end our partnership with Starved 4 Hope and earnestly seek God for His next steps on this journey.

We are excited to continue doing work with Children's Hope Chest and Trees of Glory and will continue to promote the work they are doing in Ethiopia as Nick has seen first hand the work they are doing and we believe them to be an ethical organization that has the children's best interest at heart. We want to serve others as a lifestyle and look forward to seeing God continue to work in the beautiful country of Ethiopia.

For more information on how you can get involved with serving children at the Tullo Kebele School in Ethiopia, contact Children's Hope Chest at http://www.hopechest.org/ and to specifically find out about helping kids at Trees of Glory, contact Karen Wistrom at kjwistrom@yahoo.com ****Karen is leaving with a Children's Hope Chest team in November to serve kids at Trees of Glory and Kind Hearts. Visit her blog to see pictures of some of the actual children they'll be working with and find out how you can directly support their efforts here**** 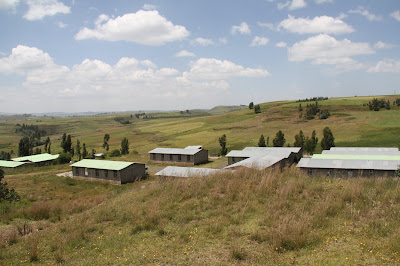 There is so much potential 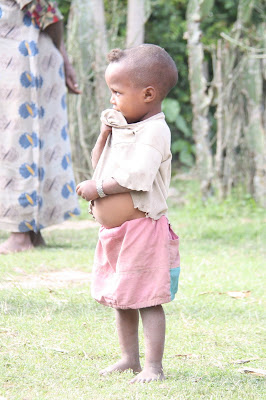 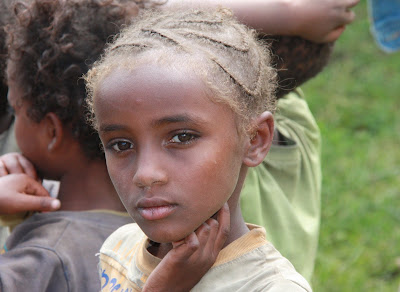 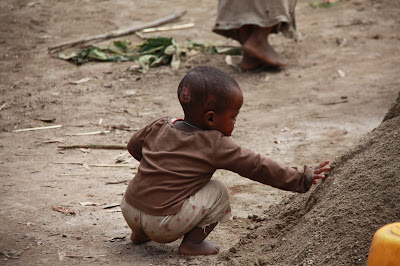 and so much to be done. 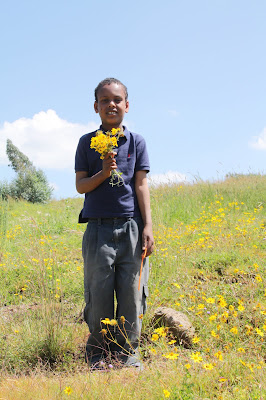