Ok, so once again I have neglected to blog for quite some time....maybe the longest delay ever between posts.

My mother-in-law even emailed me this morning to ask if I was still using this old thing.

Well, I am and I really want to get back to the heart of what this blog is about.  Aside from chronicling my family's events, I want this to be a place that God uses to challenge me and others to open up our busy lives to vulnerable and orphaned children and those most in need here and across the world.

But for now, a quick update.

February literally felt like one big blur to me.

We started off celebrating Eli's 2nd birthday on February 4th. 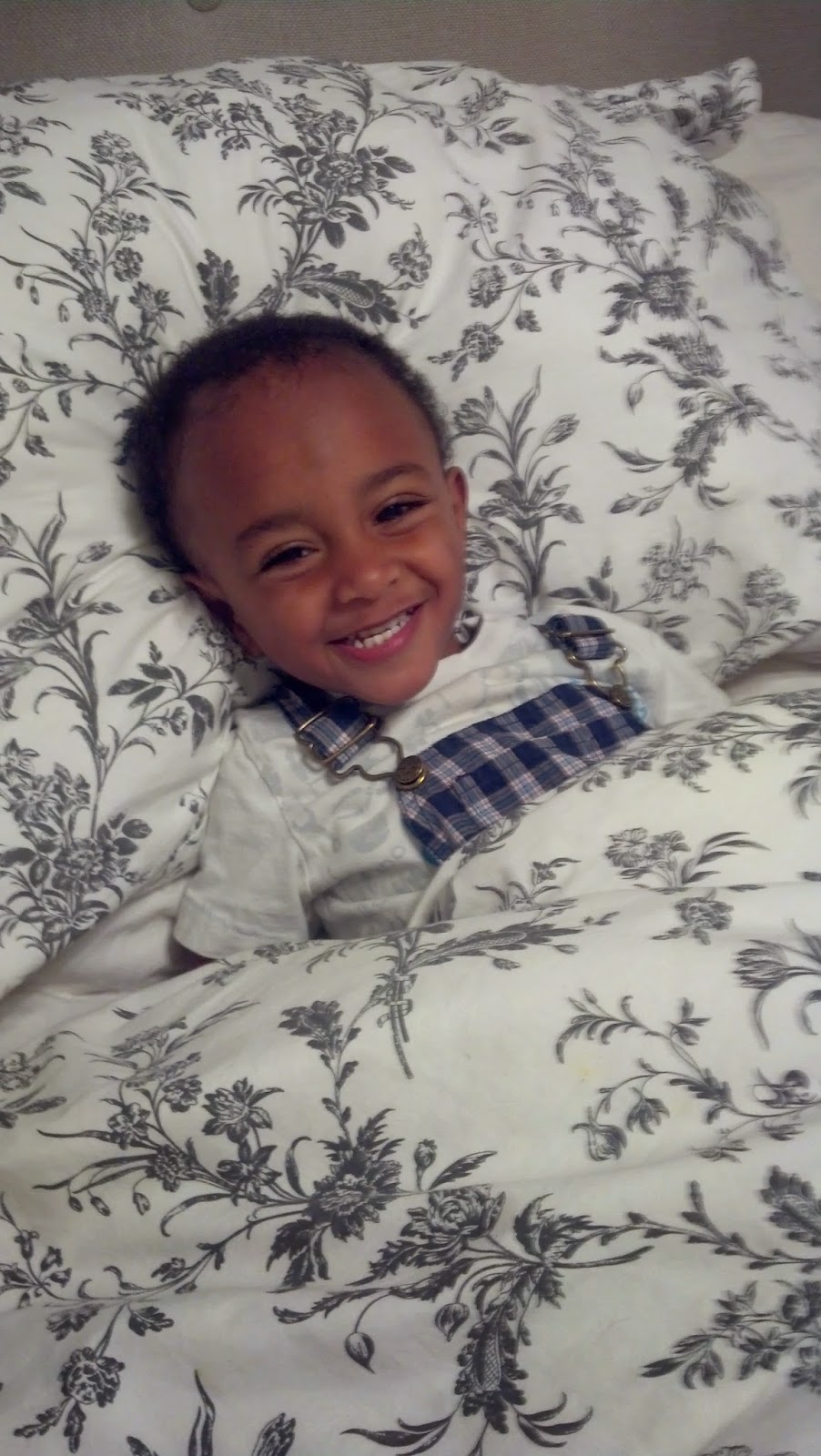 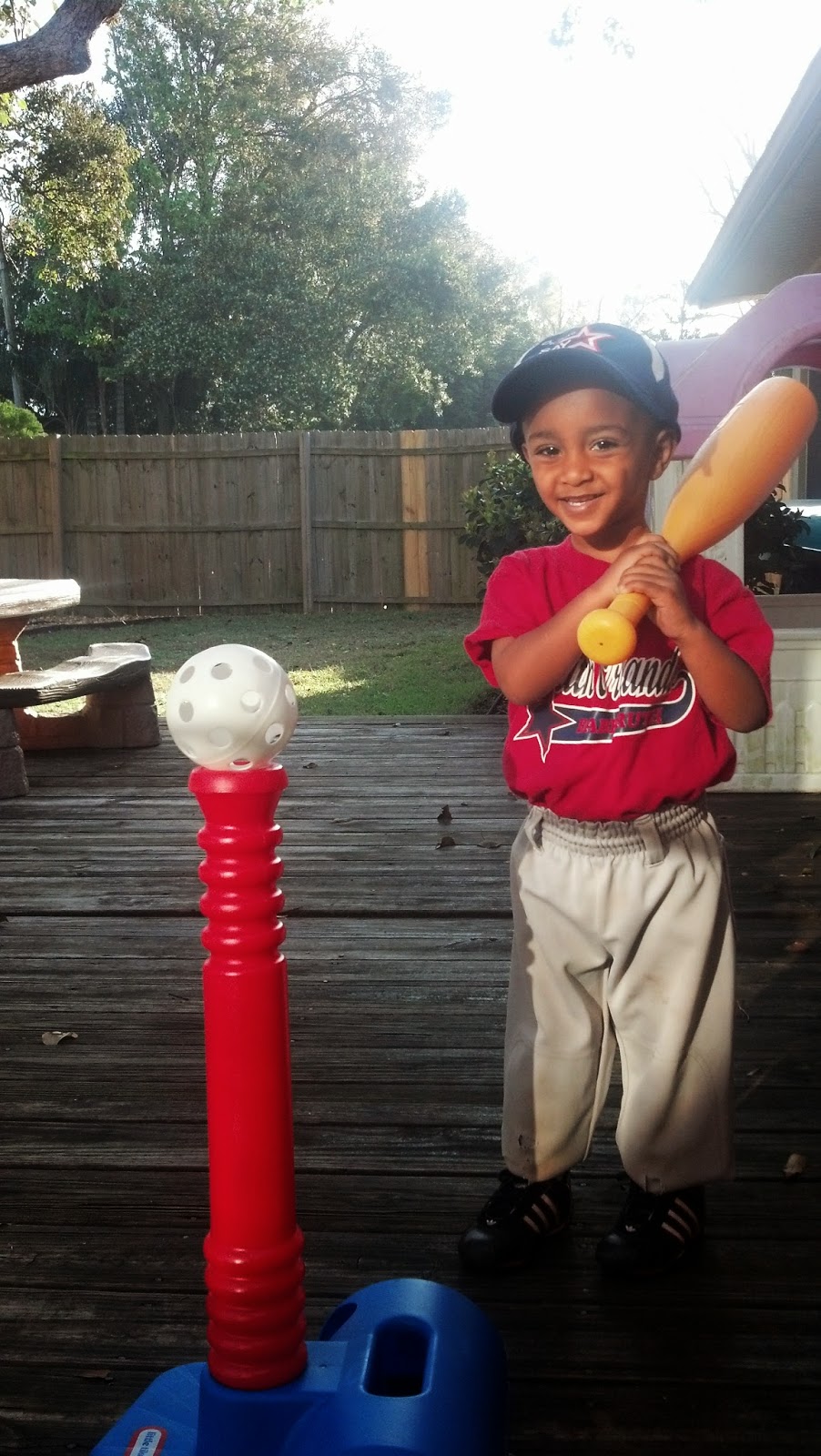 I mean could he be any cuter???  Just the sweetest and most fun little guy around.  We all love him to pieces! 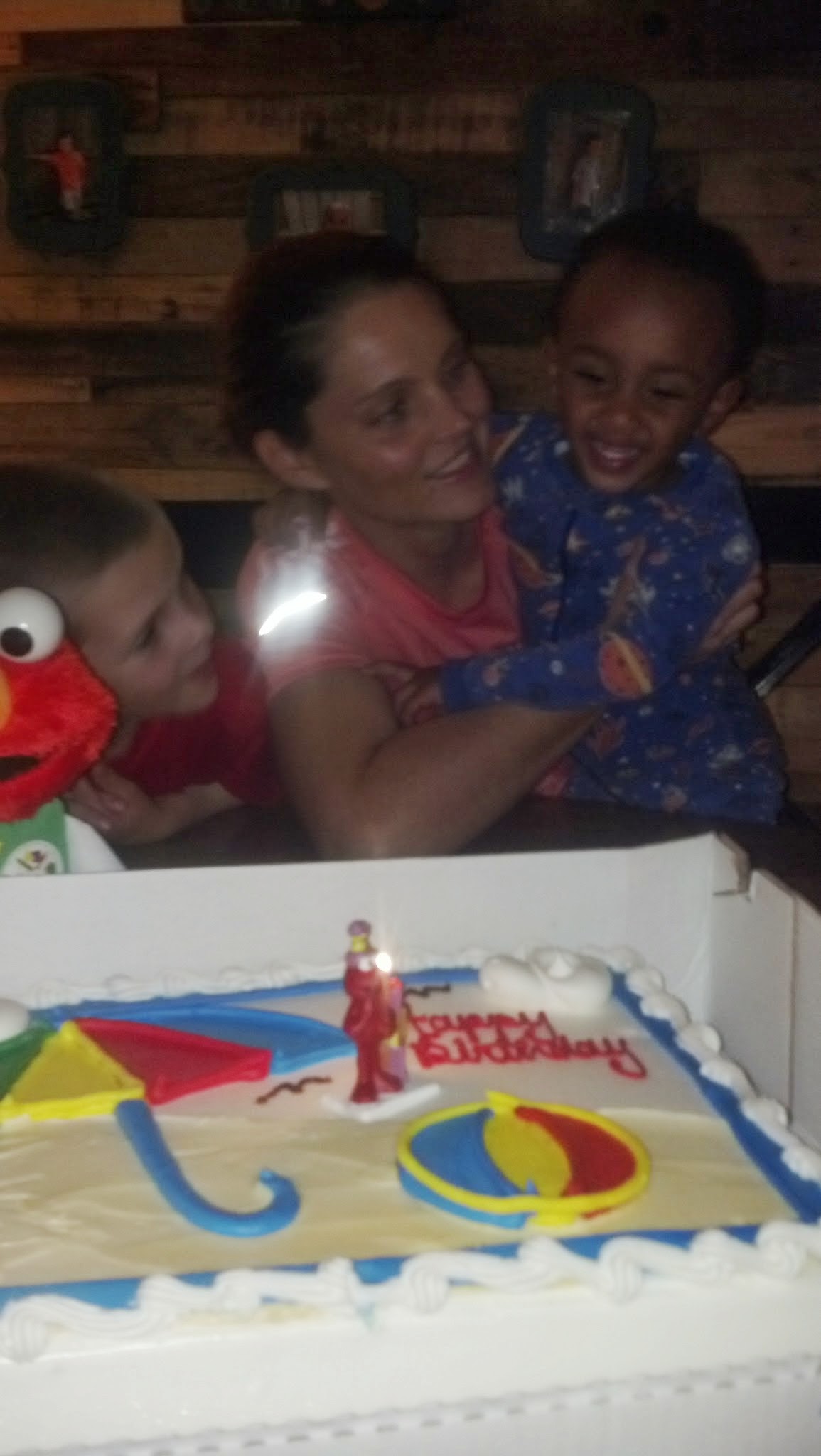 We got him an Elmo cake...he has taken to Elmo, so it seemed a good choice.  He appears to be squealing with delight at the sight of his cake....but if you look carefully, you will see that he is actually squealing with fear and saying, "scared, scared."  Scared of what you might ask?  The candle.....ok, so we have a fear of lit candles.  He is a bit skiddish and fears some interesting things like cats, lizards, broccoli, my blendtec and his "beloved" Elmo toy sitting next to him in the above picture.....who knew?  So we succeeded in giving him a good scare on his birthday. 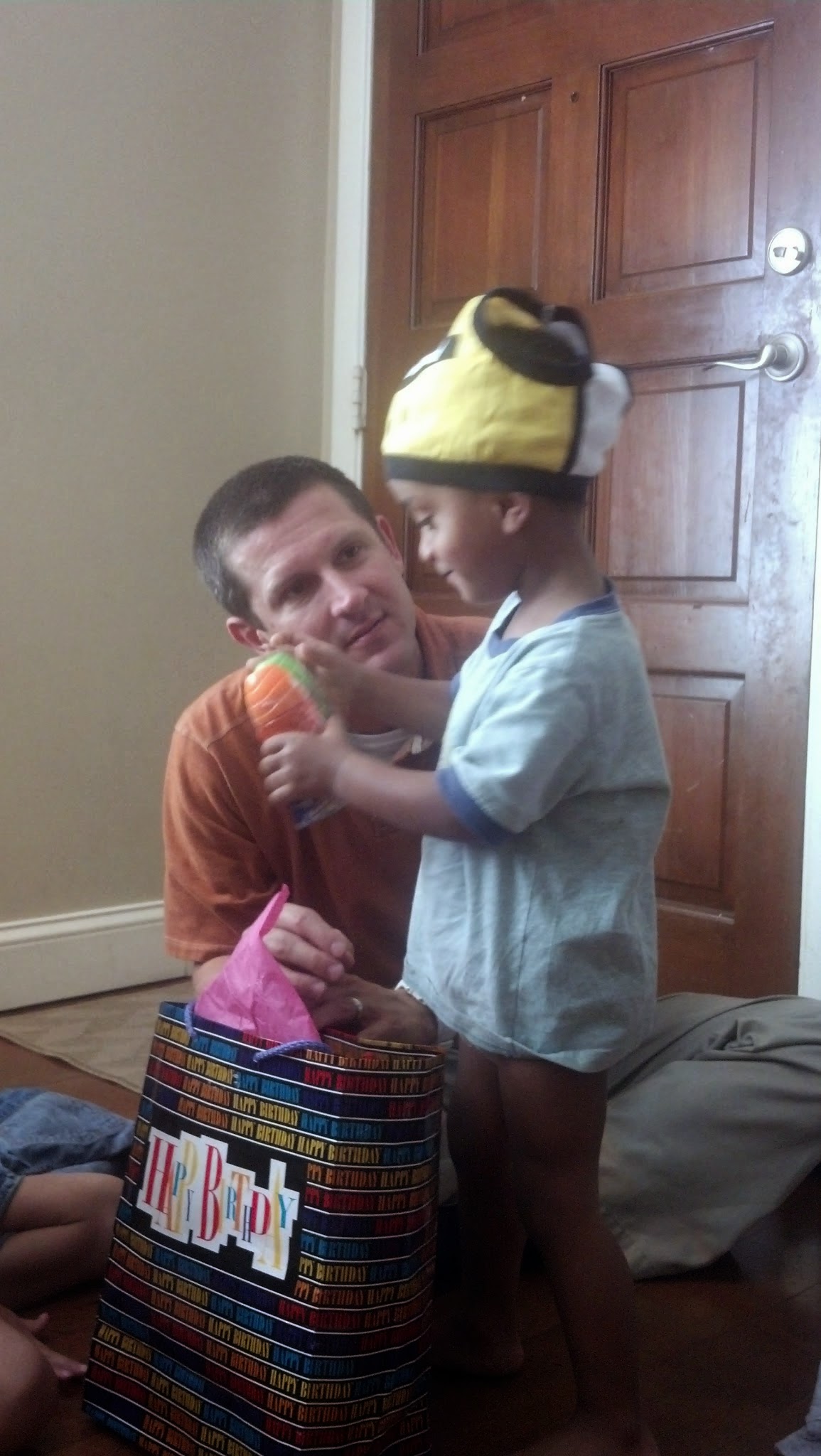 My parents got him underwear and Nick's parents sent money which we used to buy the cutest little frog potty to encourage potty training. But, it turns out he's afraid of the potty too and prefers to wear the undies as a hat so we'll be waiting on training for a while I guess. 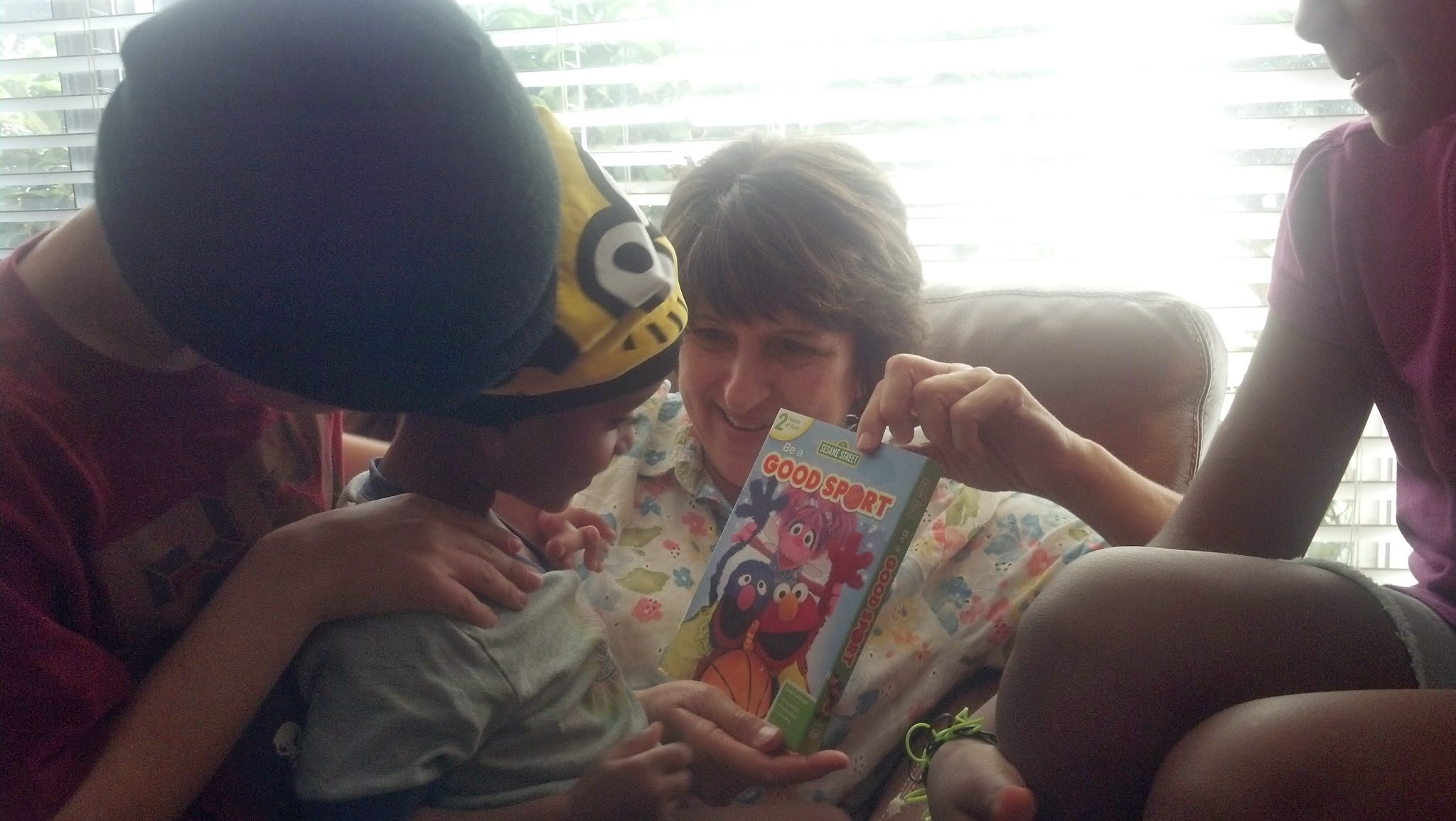 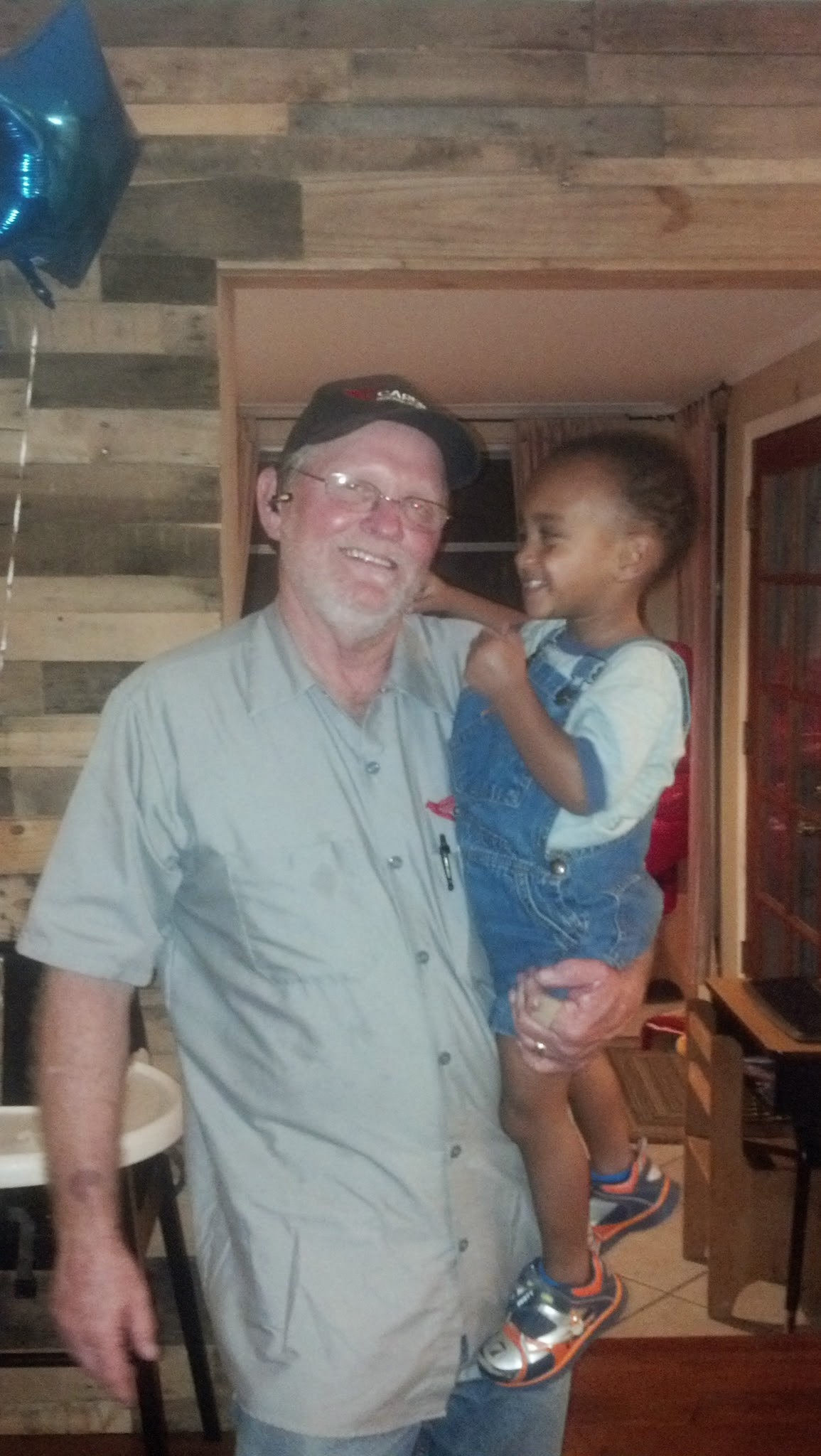 Next, because I'm such a spontaneous and fun mom (not really....the kids were in shock :-) I decided to drive them up to my in laws' house to see snow. They texted a picture of the snow starting and I thought,  "well, I've never seen snow falling and neither have the kids....I should go." So we did! 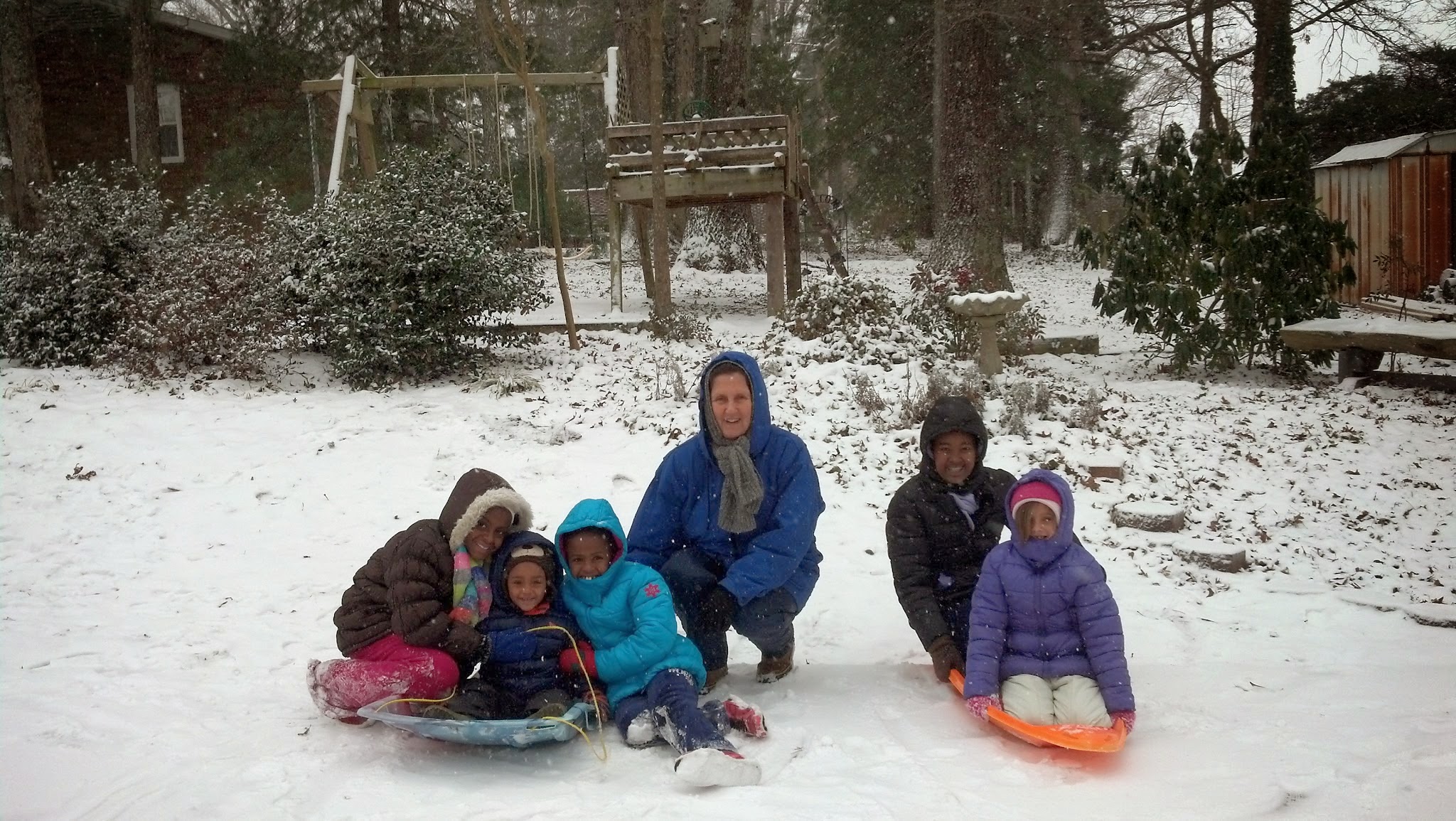 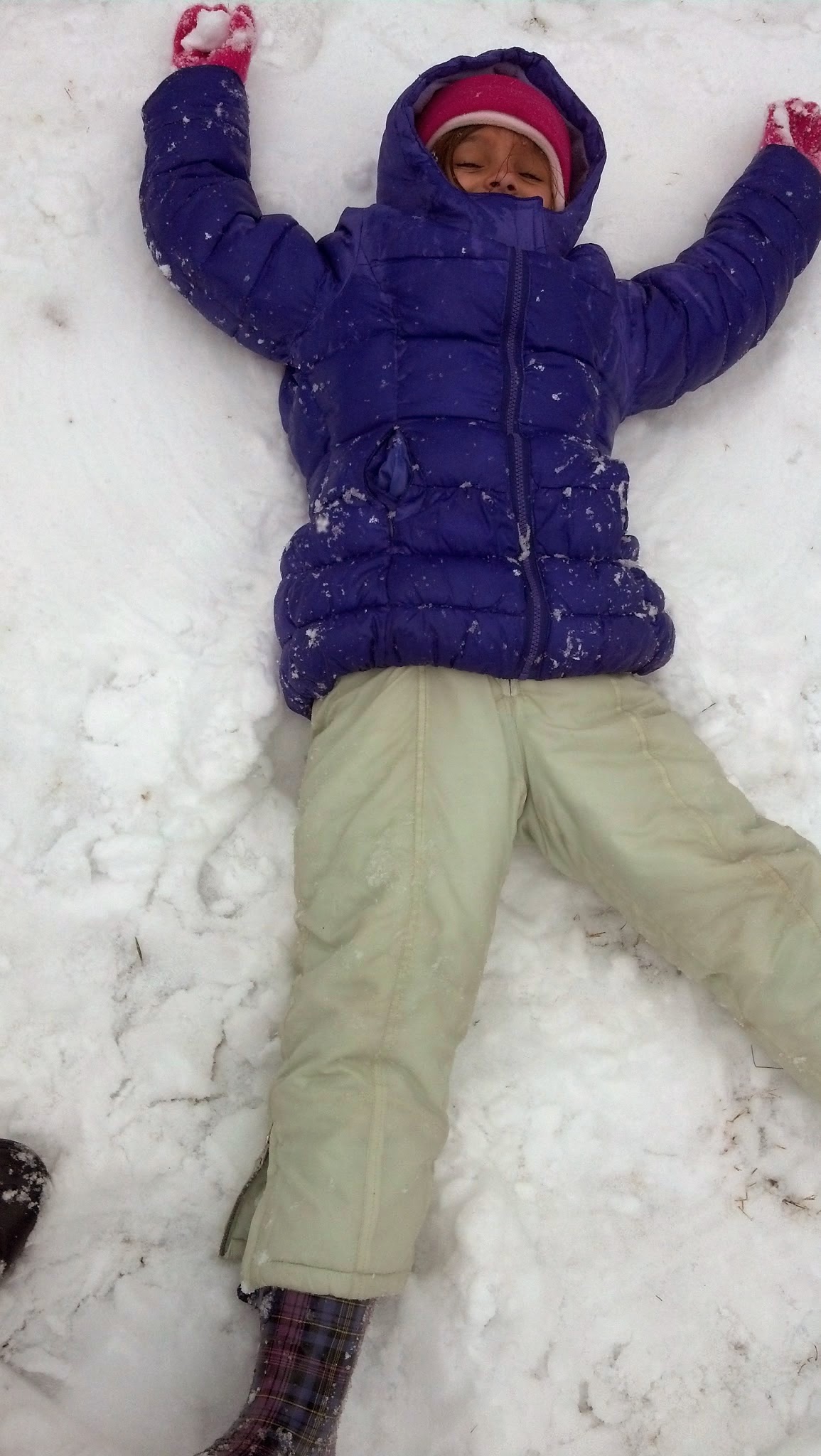 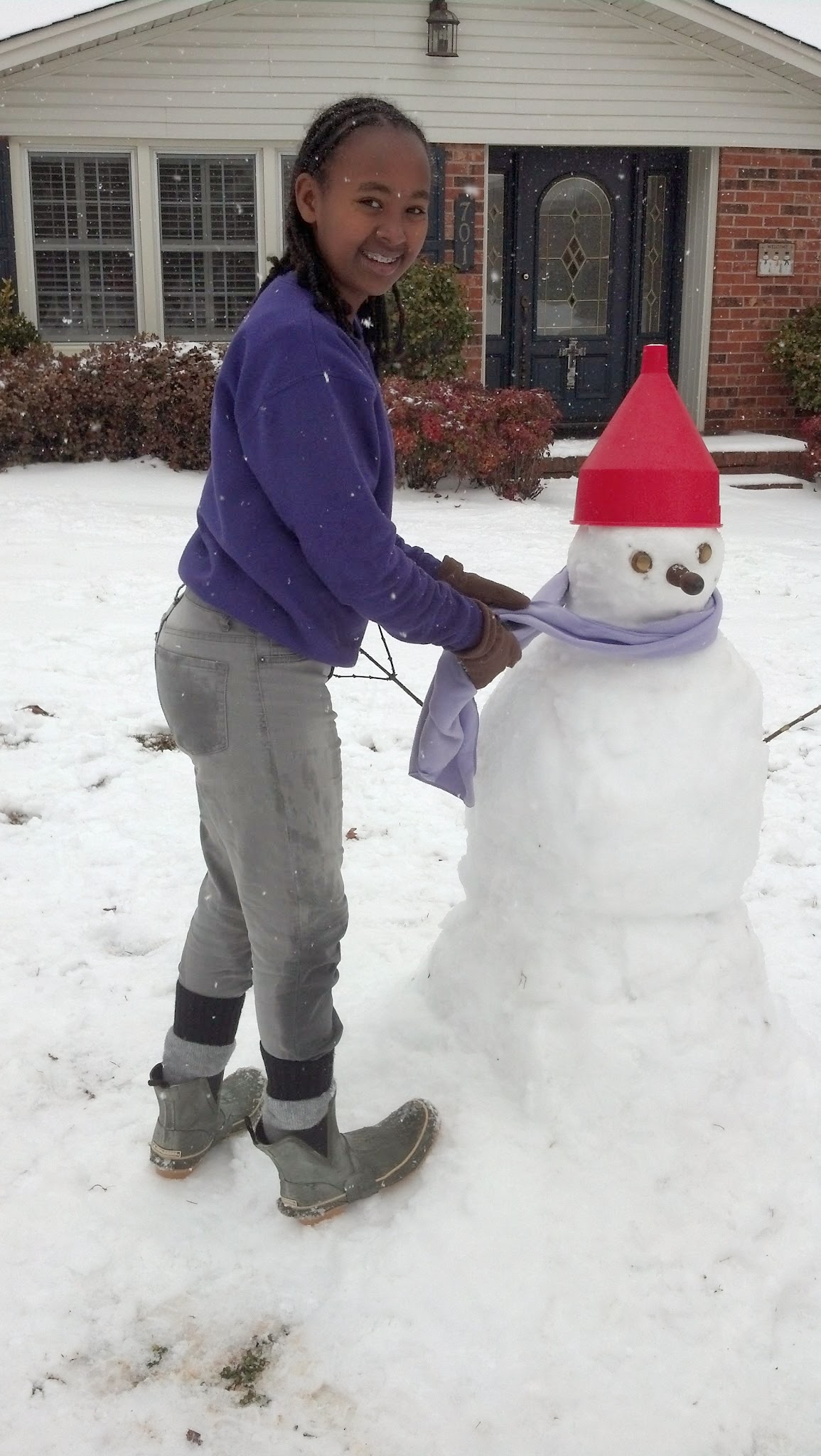 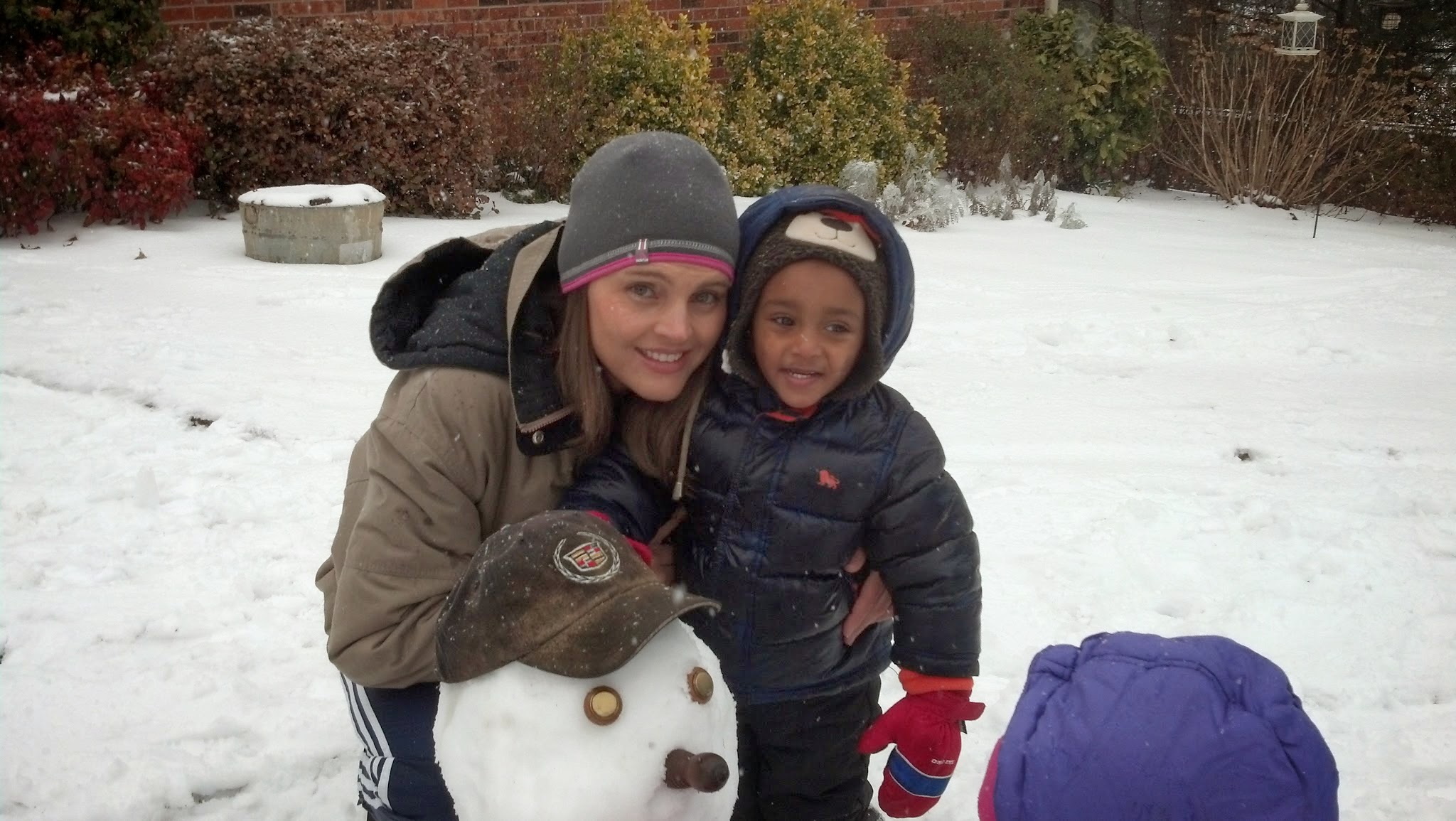 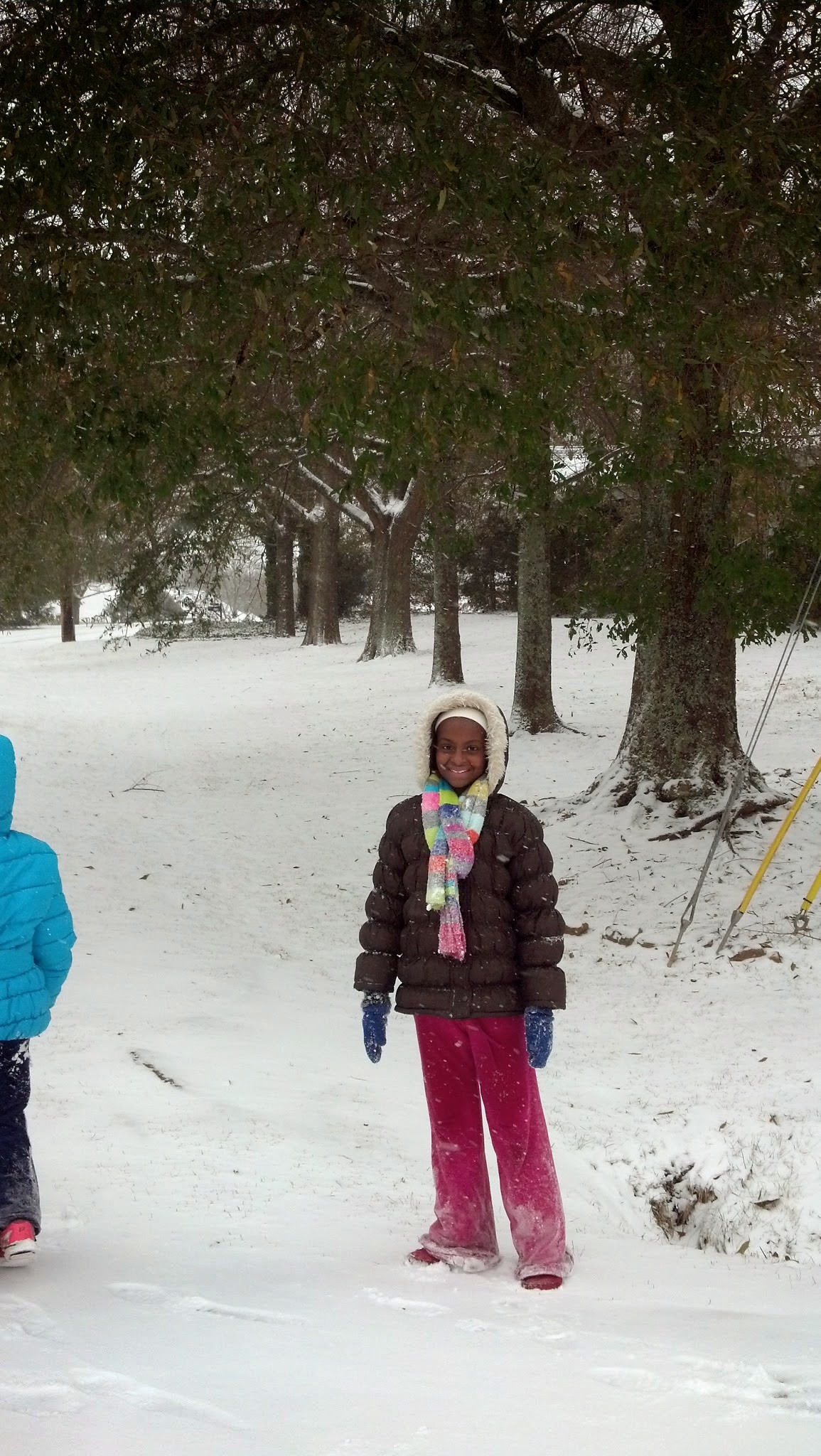 We don't exactly own snow gear, so we just layered up the best we could. ...Hermela ' s pants turned out to be a bad choice as the material would get wet by the snow and then refreeze....she ended up with giant ice cubes making them into frozen bell bottoms. The second day we wrapping her feet in giant zip lock bags which worked out better. 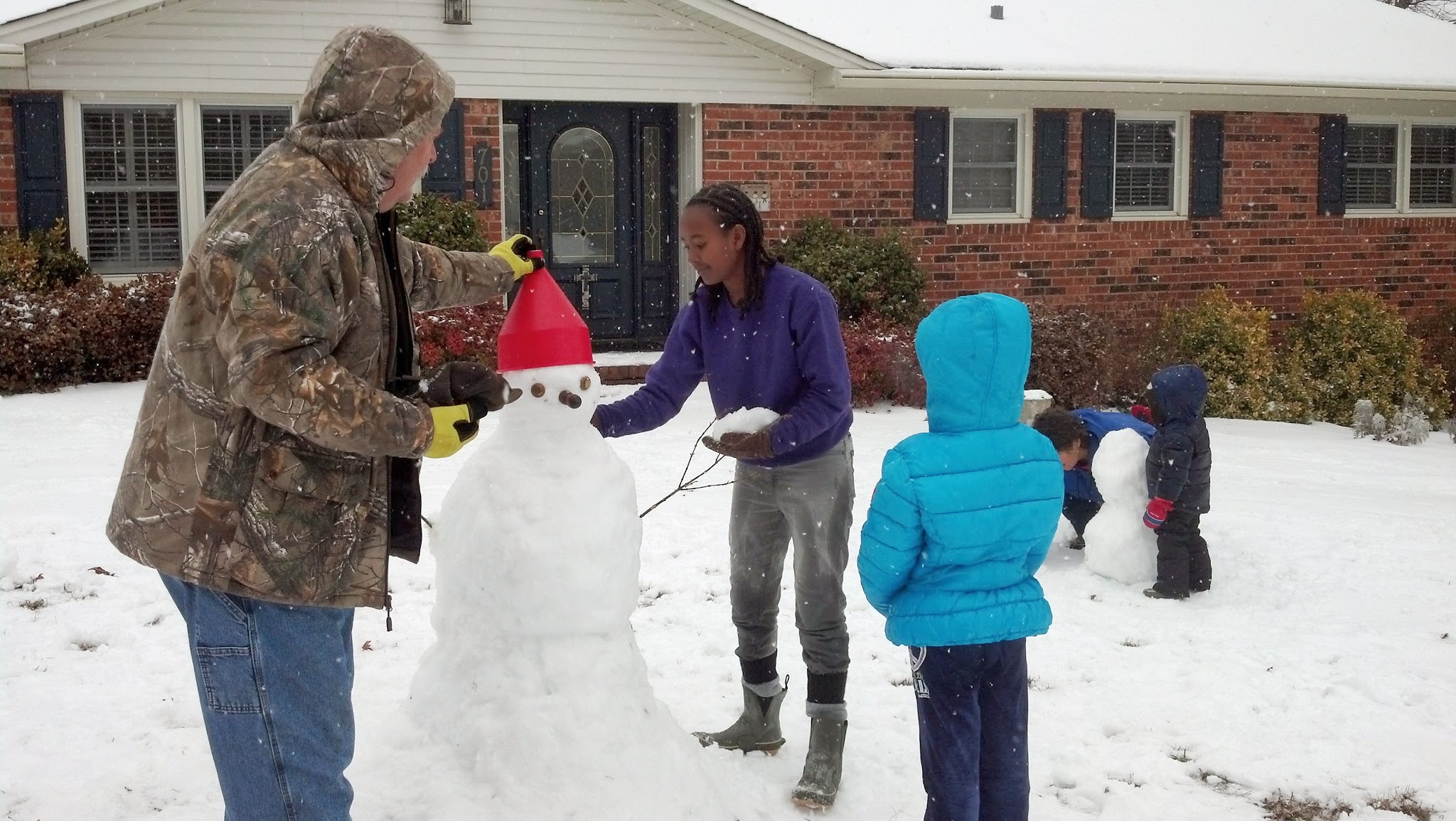 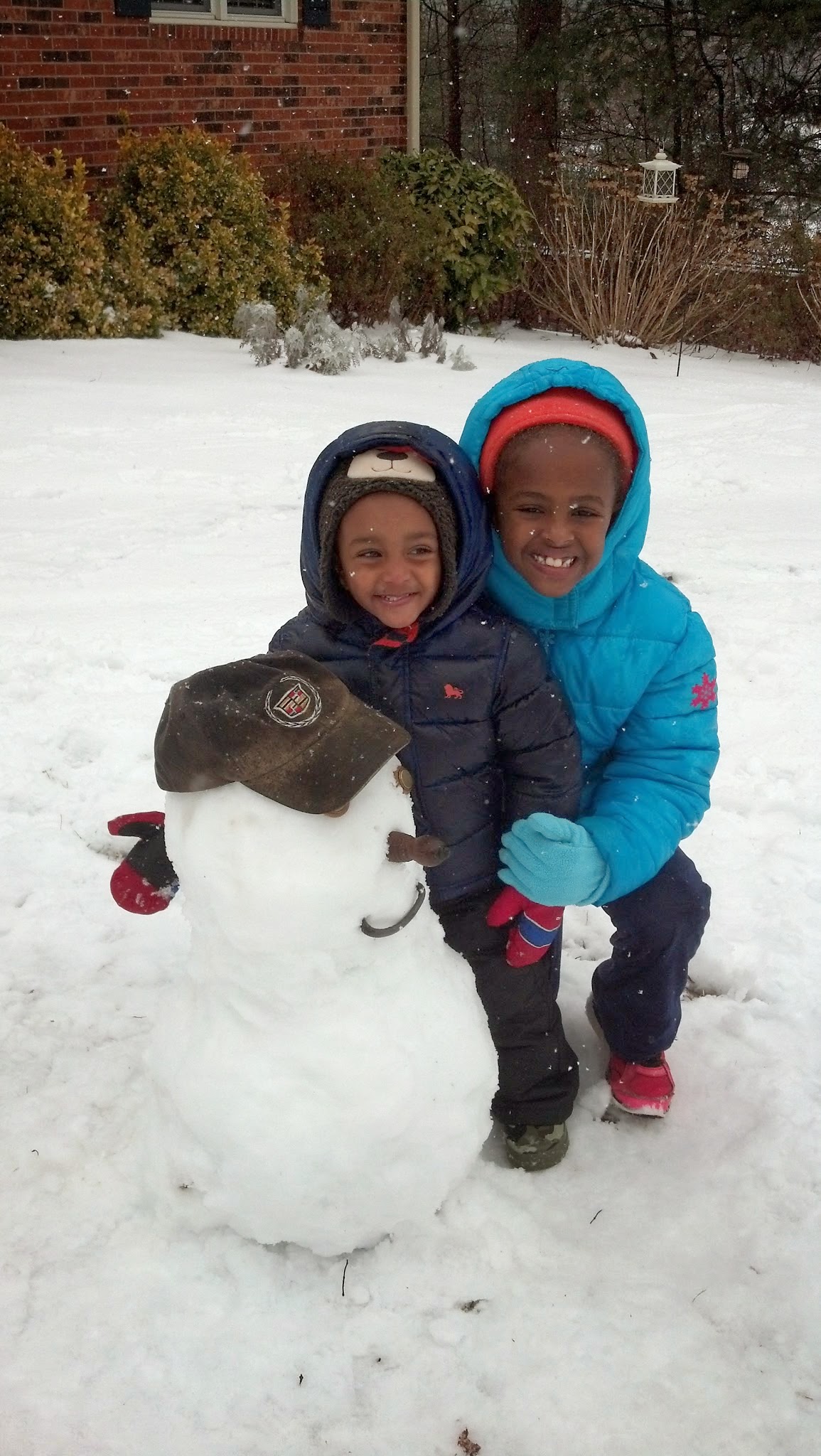 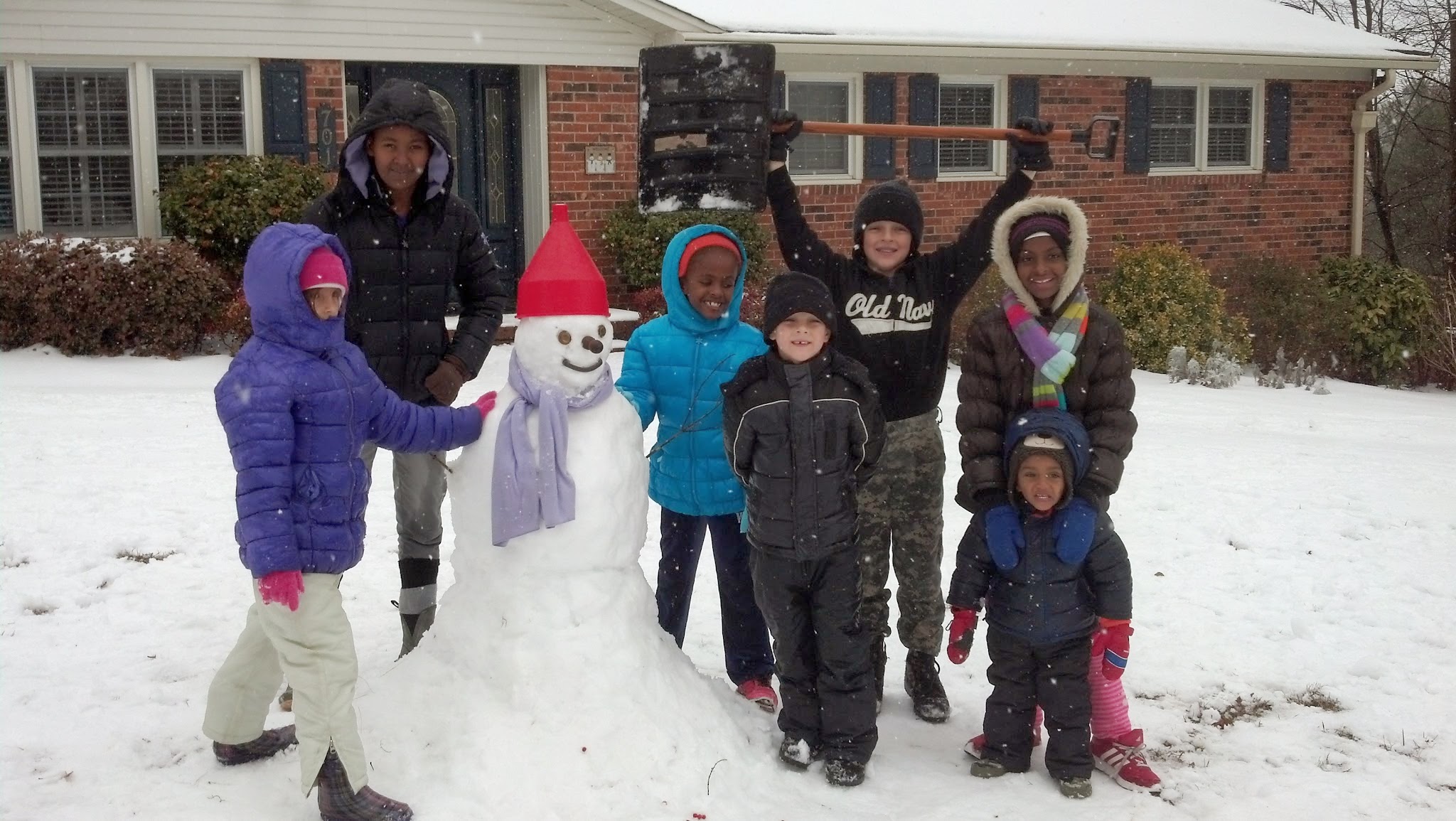 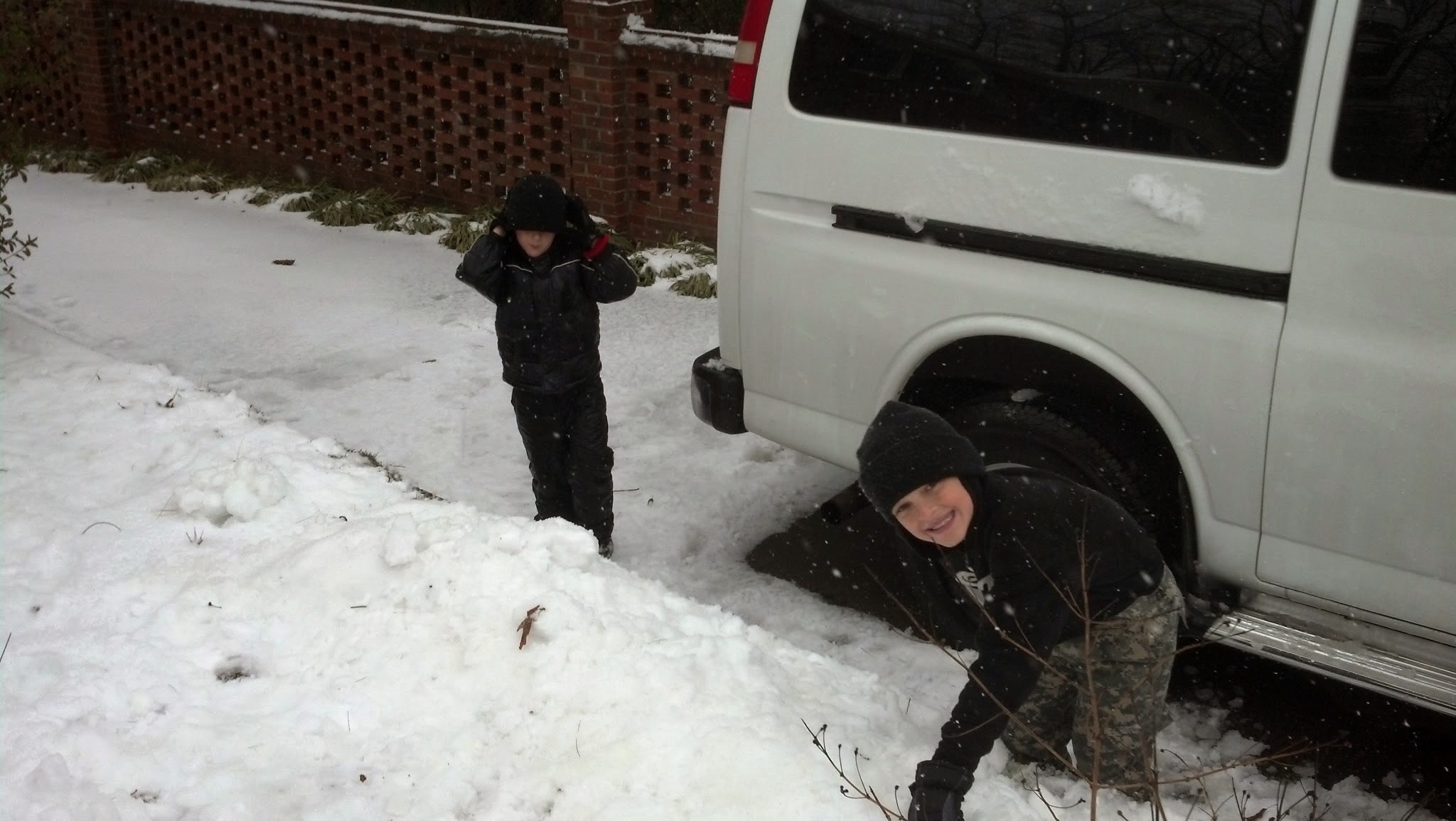 All was well until I wanted to drive home Thursday to make it back to work on Friday but the icy roads wouldn't allow it and suddenly this "spontaneous" mom got her plans deterred (I like it when my plans go according to plan). So, we stayed an extra day and I eventually got over it. 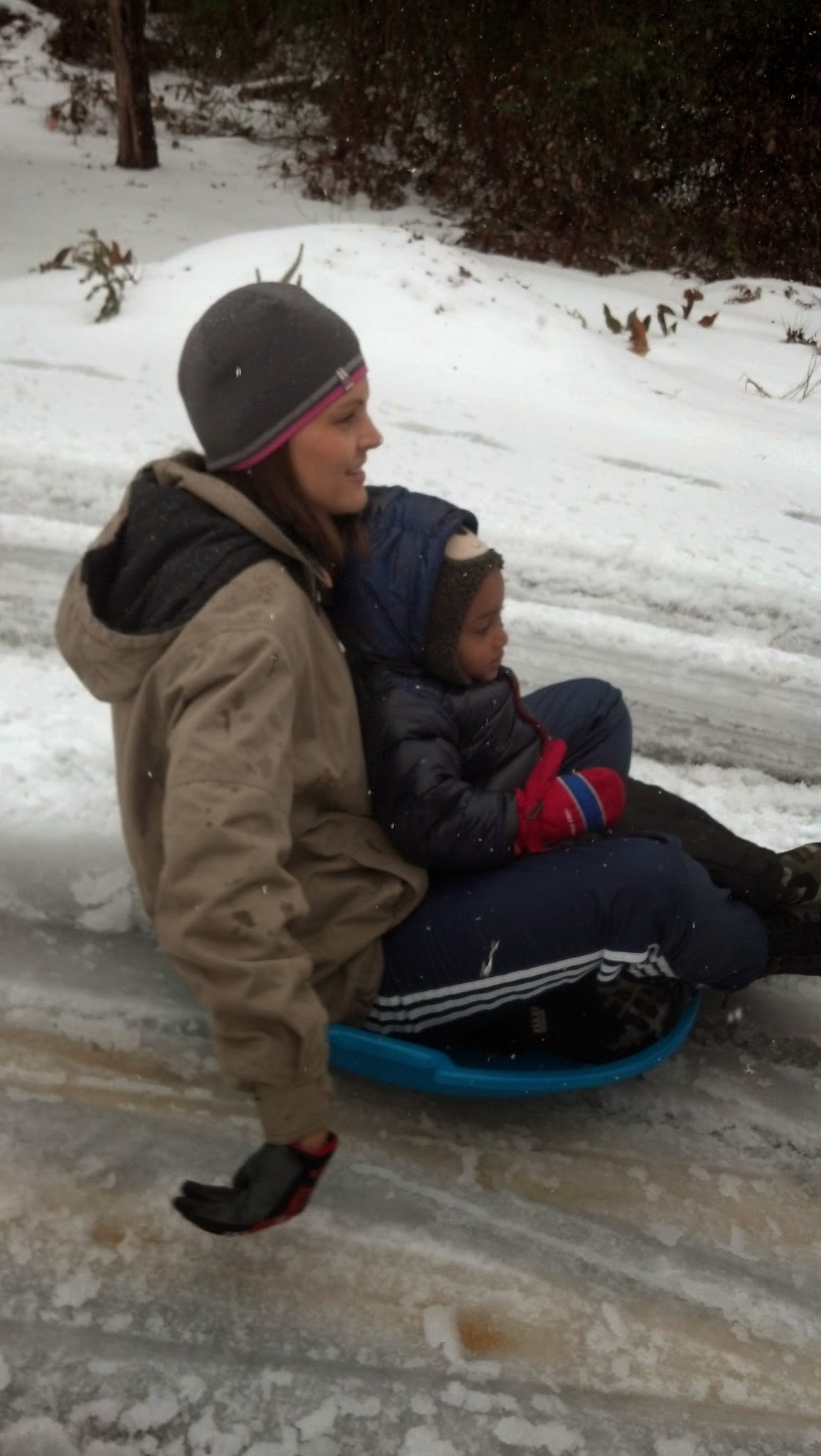 Next, I took a quick, spur of the moment (as in packed in 5 hours and left the country) trip to my favorite destination.....Ethiopia.....that's a post for another day....

And Nick and the girls rounded of the month with an overnight island camp out with some other dad and daughter friends of ours.  This is primitive camping like find an island and pitch a tent.....and that is why daddy is the one who takes the kids to do stuff like this ;-)

They had a blast! 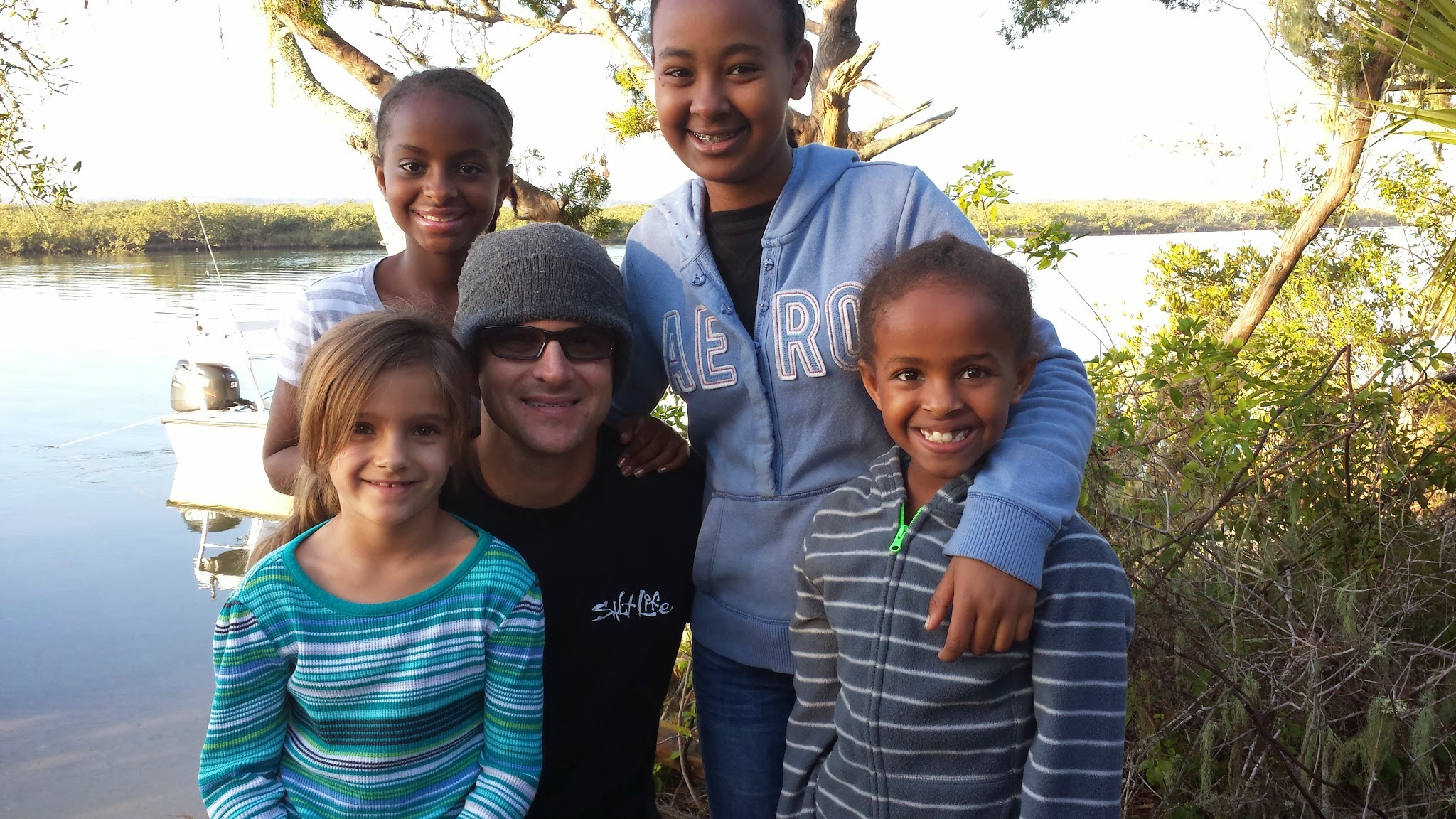 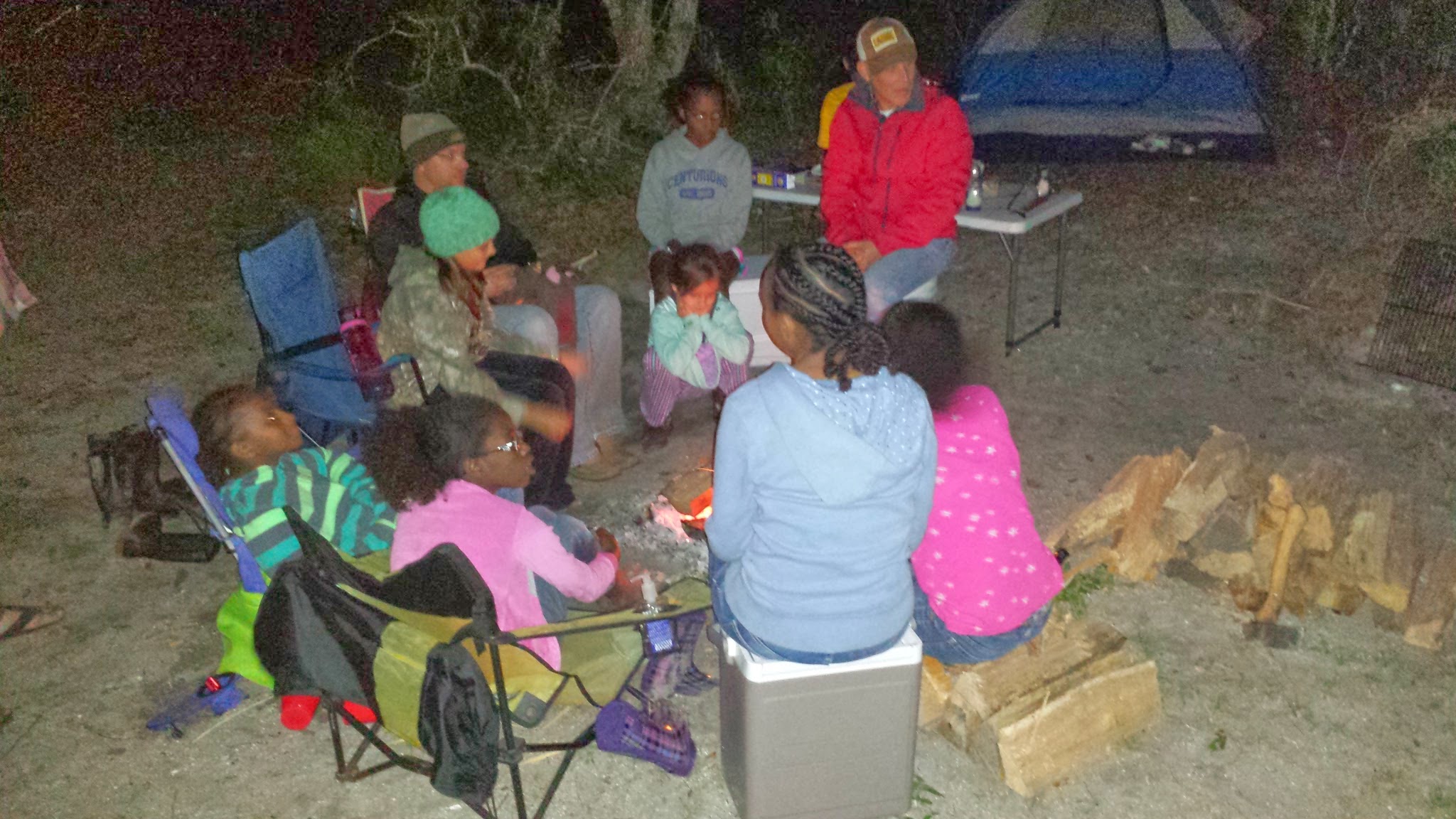 March felt almost as crazy as February.....hence the lack of updates.....more to come.
Posted by Jessica at 6:37 AM 2 comments: