So it's been almost 5 months since I've posted and I really do need to do an update post because this is the only record I'm keeping of our lives and my kids might want some pictures to look back on one day.

But, I must document God's goodness in the lives of our friends first.

Our friends Travis and Robin leave tomorrow for Ethiopia to bring home their long awaited daughter.  They leave in just 3 short hours to board a plane that will take them back to the country they love to meet a sweet little girl that they have longed to hold for over 5 years.

If you've just landed here and don't know their story, you can catch up on this long and winding road they have taken to get to her here:
http://www.acharityproject.com/f/ALLinWITH10

Today's message in church was from Exodus 13 and 14 and specifically on how God led the Israelites on a detour.  They could have taken the short and easy way, the direct path to the promise land, but God chose to lead them into the wilderness.

When Pharaoh finally let the people go, God did not lead them along the main road that runs through Philistine territory, even though that was the shortest route to the Promised Land. God said, “If the people are faced with a battle, they might change their minds and return to Egypt.” So God led them in a roundabout way through the wilderness toward the Red Sea. Thus the Israelites left Egypt like an army ready for battle.

His reasoning was that they may have changed their minds had he led them straight to the promise land where they would have encountered a battle.  He wanted to prepare them first.  There was more they needed to see and do before they were ready to take hold of the promise God had for them.
I remember distinctly when God captured Travis' heart for the orphan, specifically the orphan in Ethiopia.
Just a moment before this picture was taken, Travis was leading me and Meron around his property on his horse when the horse got spooked and bucked us right off.  Just after this, Meron let "Uncle Travis" hold her and it was a lightning bolt moment.  He knew there was a little girl in Ethiopia who needed a daddy, and he was it. 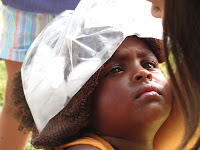 A couple of years later, they started the process to bring a little girl home from Ethiopia and that's were their detour took over.  Things didn't go as they had planned.  They certainly didn't get to take the short and easy way, but the long and winding road has been a blessing for so many and God showed them, just like he showed the Israelite, what they needed to see and do before they were ready to take hold of his promise, the promise of one day bringing home a little Ethiopian daughter.

Because of their detour 168 kids and their families in Holeta, Ethiopia are sponsored and know they are loved. Whole communities both here in the US and in Ethiopia are being changed.

Because of their detour, 3 foster kids have known the love of a family and awareness has been raised for the foster care crisis in our area through the work they do.

Because of their detour, God's faithfulness has been proclaimed as he provided over $28,000 in just 14 days to fund this adoption.

Because of their detour, God has led them to the exact child that needed them, a child that wasn't even born when they started the adoption process in 2012.

She was born in 2014, just after their first trip to Ethiopia, when they were wandering in the wilderness, unsure of where God was taking them.  One thing they were sure of is that not for a moment did God forsake them.

We sang this song today and I couldn't help but think of them:

After all, God is constant, he is only good, he is sovereign and not for a moment
did he leave them alone.

I literally can not wait to see them together.  I can't wait to wake up in 72 hours to the news that they have passed court and are officially the parents of this sweet girl: 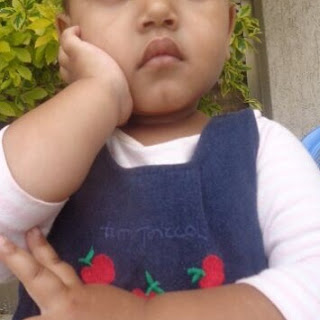 And I really can't wait to see them walk off the plane that brings them all home.  We are praying for a miraculously smooth and speedy process and we are praising God for his faithfulness.

God's way is perfect. All the LORD's promises prove true. He is a shield
for all who look to him for protection.
Psalm 18:30
Posted by Jessica at 11:43 PM 1 comment: