I'm so far behind on updating this thing (because our days are crazy!!!! :-) that its almost been a year since I've posted about our family. I do this mostly as a record for our kids and also because writing my thoughts down seems to help me process life a bit.  It serves as a record of the many ways God has been faithful, even through the hills and valleys.

Last year we experienced our first holiday season in a new state, away from most of our friends and family.  The things that were not the same were painfully obvious.  Not the same house to decorate, not the same Christmas Eve service at church, not the same annual Christmas Eve party at our house (my favorite night of the year), not the same light shows or traditions. Everything seemed different and was different.


We were so happy when my parents came up and we found an amazing light display. 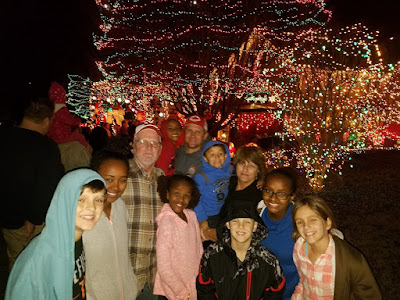 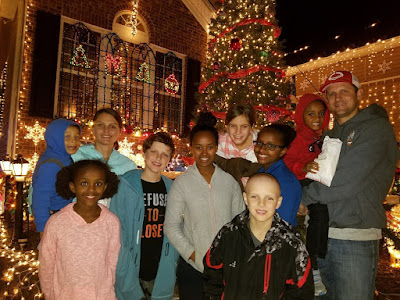 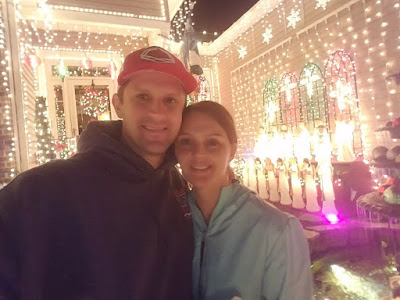 We put lights up on our house and some how bought the new version of white, which looks yellow and even that wasn't the same.  I had a mini meltdown in our driveway when we turned them on because it seemed like even something as simple as Christmas lights had turned against me.  Nick said to me, "we'll just have to get use to them" and that's when the tears started, because I was already weary of "getting use to" everything being new. 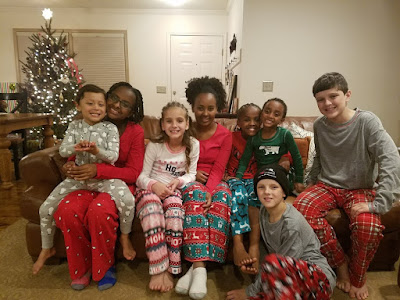 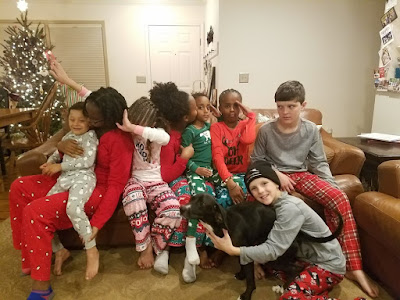 It was also our first Christmas that Angel was offficially ours.  The year prior we had just met him and he was so stressed and overwhelmed that he couldn't even open his presents. It was so fun to see his wonder at the season. 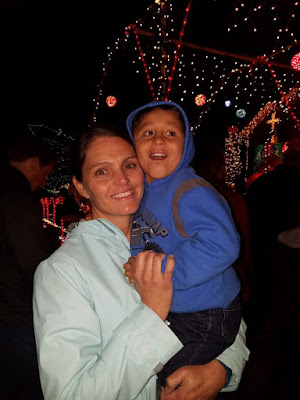 This year we introduced Santa to the little boys, a tradition that we had not celebrated much in the past for various reasons after our girls came home from Ethiopia, but one that we had fun with last Christmas. 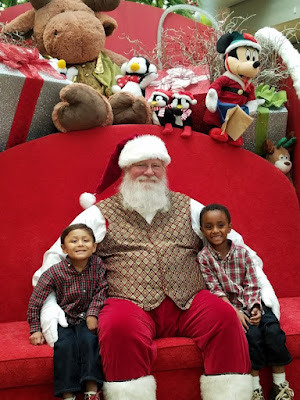 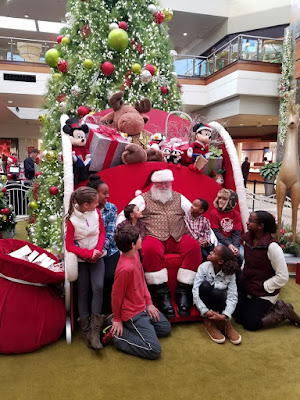 Of course our focus at Christmas is on Jesus and he is always the same.  We were thankful for that constant truth.


We started a few new Christmas traditions like our first annual Christmas Eve Reindeer Games (one benefit of a big family, you always have enough people to make teams). 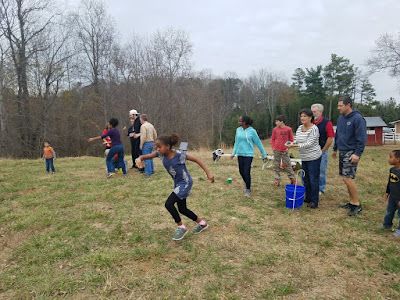 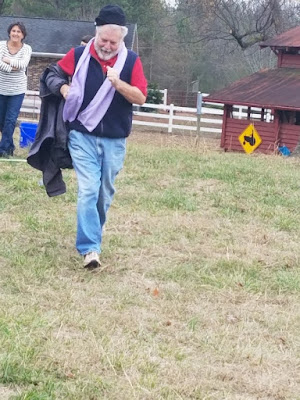 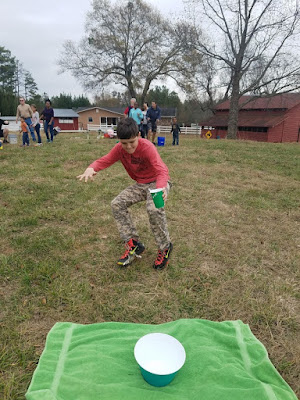 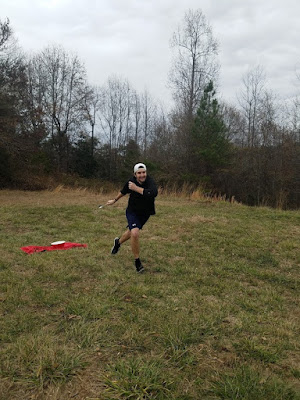 It was intense.....and as you can see some of the Green Team members (aka my husband) had some trouble coming to terms with the fact that we got second place....just wait until this year, we're already in training. 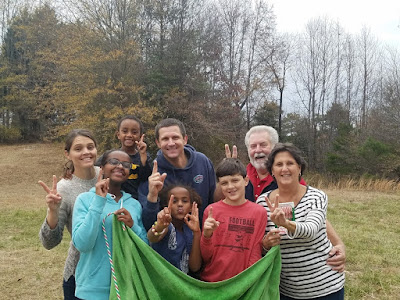 The official Red Team winners of the coveted Nutcracker trophy and box of chocolates. 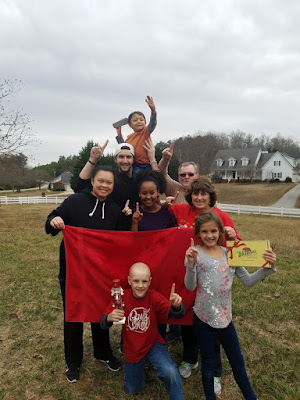 My favorite new tradition was when each of our kids made a gift for their sibling buddy.  They had so much fun picking out supplies and making something on a $10 budget.

A jewelry hanger and make up bags 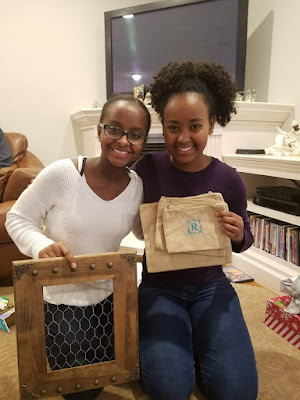 These guys didn't participate in the "making" part this year. 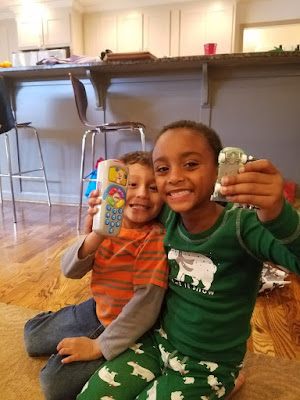 Caleb made this lego creation for Colton amd them bought him guys to go with it. Colton made a leather knife holder for Caleb. 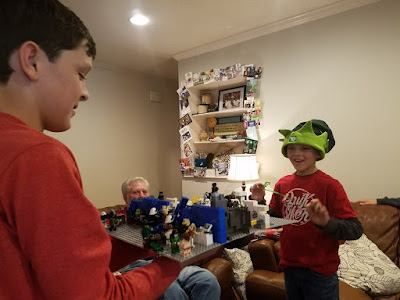 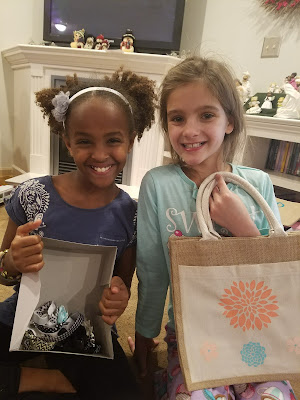 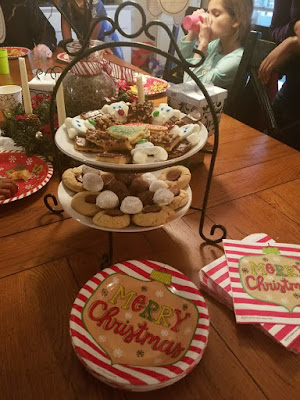 And the food....because I can control these things :-) 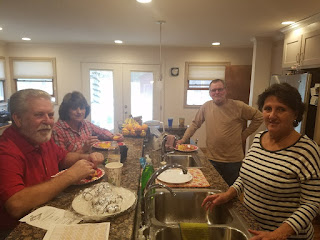 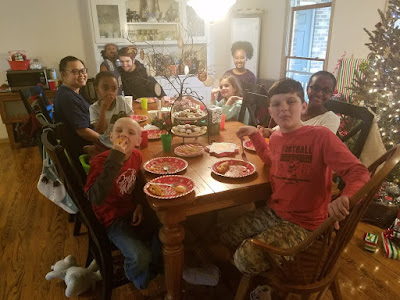 Christmas 2017 is just 13 weeks away. How crazy is that? We've lived here over a year now and I still say, "We just moved here." This year our new traditions from last Christmas will be repeated and hopefully the things that still aren't the same will start to feel more familiar.

Jesus Christ is the same yesterday and today and forever.
Hebrew 13:8

Posted by Jessica at 9:31 AM No comments: