Nick and some of the kids decided they would raise Nigerian Dwarf goats for fun and maybe a little income for the kids about two years ago.

In January, we hit the jackpot with two boys and two girls being born just a week apart.

We suddenly had baby goat overload. 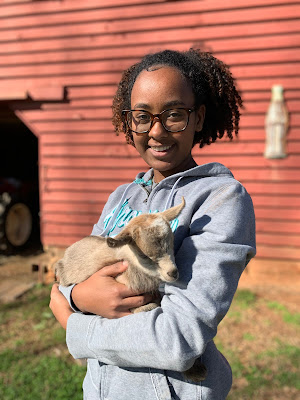 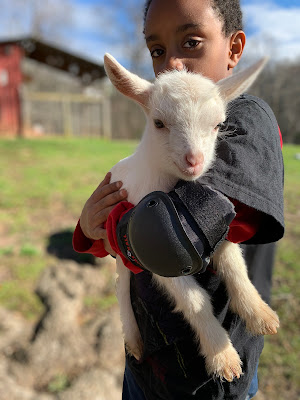 Trying to wrangle these kids is about as hard as the human variety. 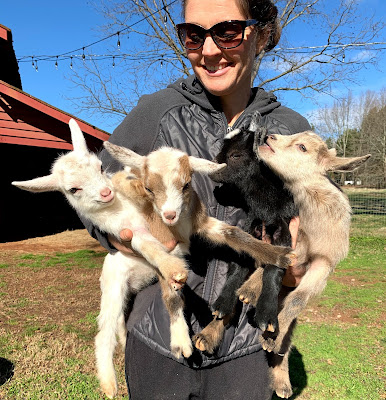 We try to hold them as much as possible so that they will be friendly and use to people.

I would not peg myself as a farm girl....but, the baby goats are another story. 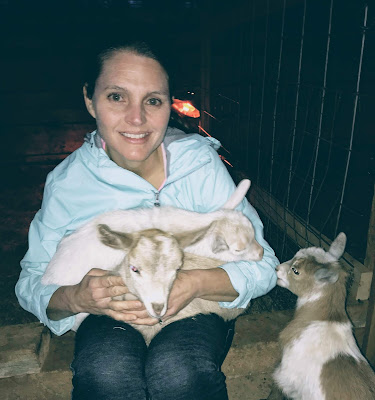 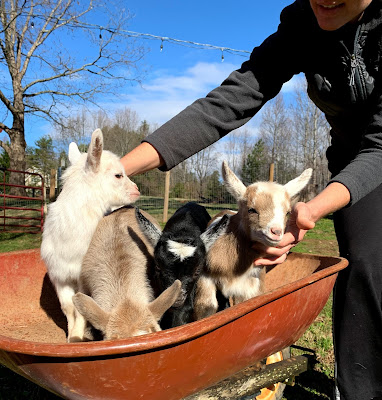 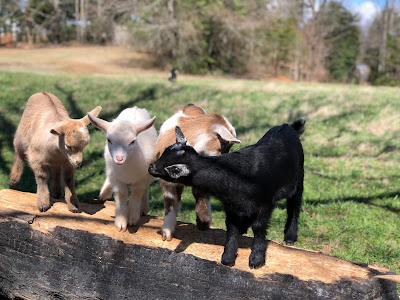 And their first snow. 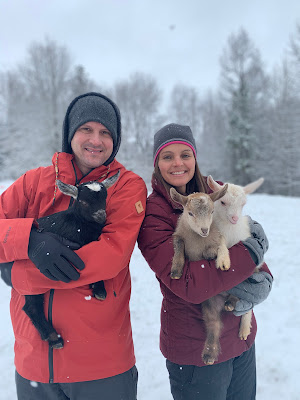 I have been known to bring one in for a minute to cuddle (what has gotten in to me???). 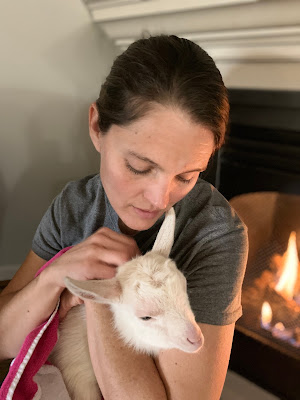 Blame it on the long, cold winter (I know it's not really that long or cold compared to Northern winters, but compared to Florida "winters" it is). 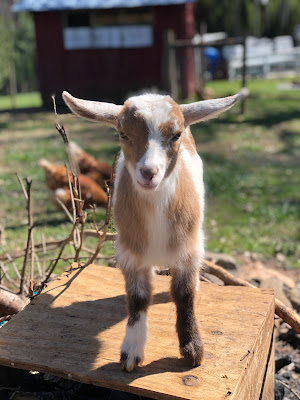 We all thought he looked like a baby cow. 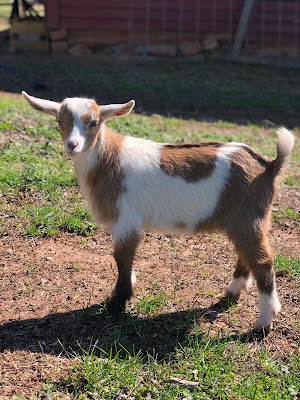 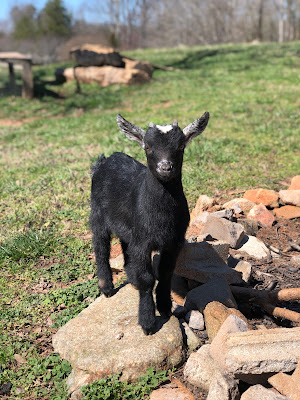 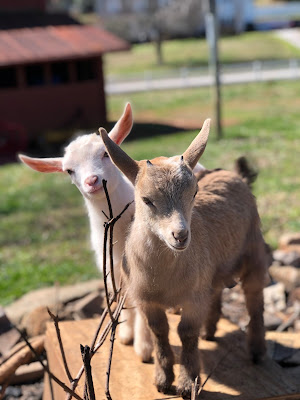 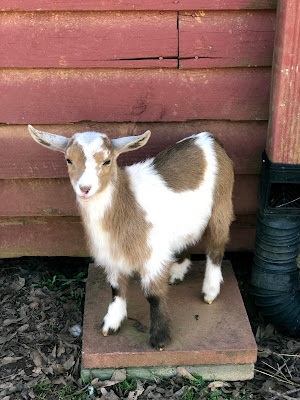 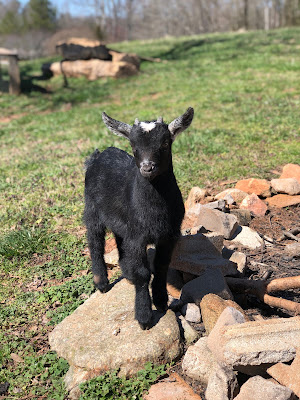 We intended to sell the girls, but then the economy tanked and nobody was looking for baby goats, so we decided to keep them.  I kind of liked them any way. 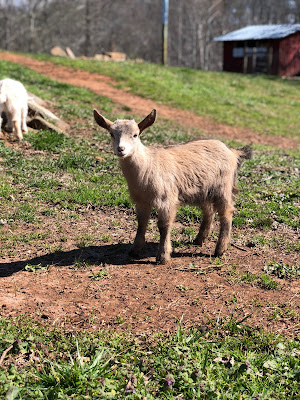 and Ivy have joined the herd. 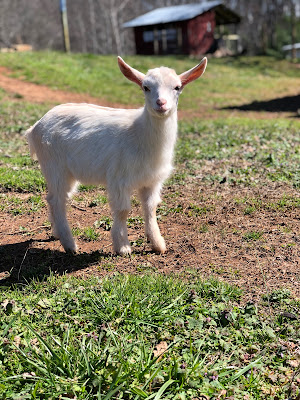 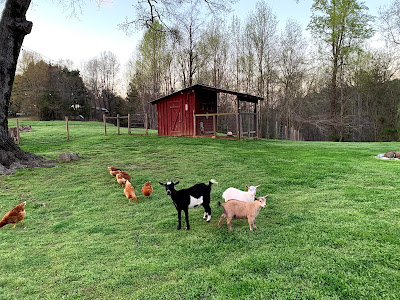 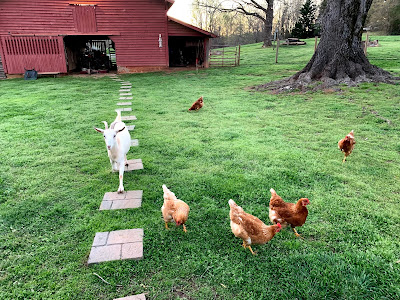 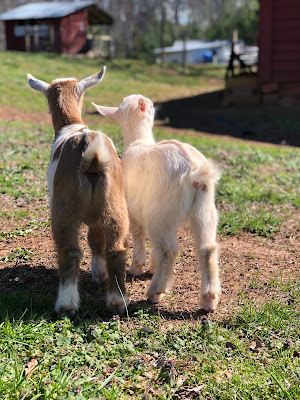 And Daisy and I have gotten close....since we're milking her. 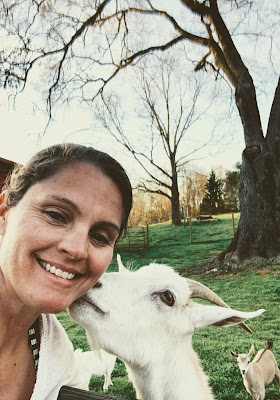 Another thing I never thought I'd be doing. 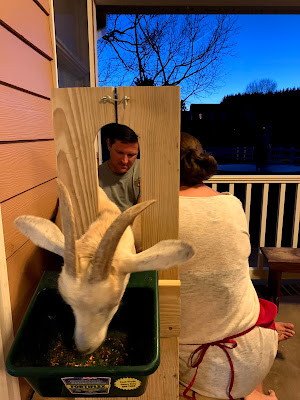 All in a day's work. 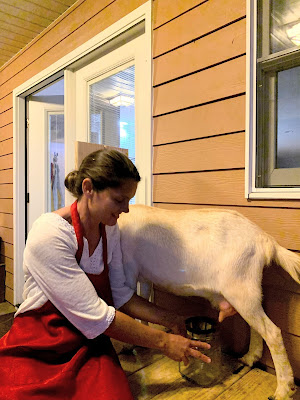 I don't have a favorite goat, but if I did, it would be Ivy, the sweetest little goat around. 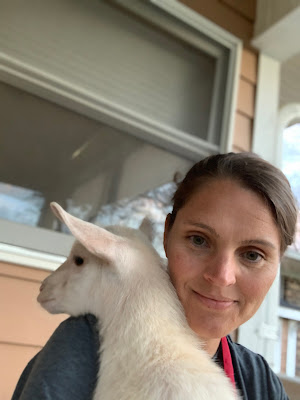