Warning, this is a long post. This has been an awesome week of prayer and prayers have been answered! God has brought great clarity and direction to us and we are excited to see what He will do in our family. We began this week with a lot on questions and a heavy burden about what we should do with our current agency. It has been amazing how God has walked us through all of this.

I started my women's bible study group again on Tuesday. I couldn't have been more glad to be starting a study than I was that day. I'm surrounding by women who love God and are seeking to do His will-truly a blessing. Several things spoke to me as we started the book. In particular, on the first page, was a statement that "So encompassing is God's attention to events within creation that NOTHING happens by chance." We are at this point in our adoption for a reason.

We contacted our social worker who completed our home study and she supported our desire to change agencies and is ready to make necessary changes to our home study. This gave us reassurance that we were moving in the right direction.

We then started the process of researching other agencies-again. Through a series of events, I came across an agency. As I've mentioned, we're one of 300-400 families on our current agency's waiting list. This agency has 9 families on their list, thus wait times are estimated to be around 3-6 months for a referral. They do not have restrictions on birth order or months between children's age like our agency, making it likely that we would be able to adopt siblings.

I contacted several families who have used this agency and asked them for feedback. All feedback was positive-more reassurance that we were heading in the right direction.

One mom gave me her number, so I called her yesterday. She just returned 2 weeks ago with her little girl and had adopted twins 2 years ago through the same agency. She had only good things to say about the agency and the care of the children in their care center. I mentioned that we had requested information about two sisters (a 3 and 5 year old). She later called me back that night and said she had taken lots of pictures of the kids in the orphanage and wondered if two sisters that she had seen were the same girls that we were interested in. She asked if I knew what orphanage the girls were in-I did not. I asked her to send pictures of the girls she had seen--it turned out that it was not the girls we were interested in. I wrote her back and told her that those were not the same girls, but that I had found out that the girls we were interested in were indeed at the same orphanage. Today, she emailed me pictures of another set of sisters that she had met--and it was them. What are the chances that I would contact this mom--chosen off a list of 20-30 other families. That she would have just returned from Ethiopia. That she just happened to have a bunch of pictures of the same girls that we just happened to come across at an agency that we had never considered in our initial agency search?? As we've gone back to their pictures, we feel more and more sure that these are the girls God would have for us.

This week I contacted the accounting department of our current agency and we found out that we would only lose $2,000-significantly less than we were original told.

Given that these are waiting children, the time frame of our adoption would be significantly shorter than we anticipated. This means that fees would be due significantly sooner than we had planned. As we talked tonight about how we would get this all done, I said to Nick, "I'd have no hesitation about this if I had a job", I then said, "I just want to look at their pictures one more time." As I sat down at the computer, my email showed that I had JUST received an email from my old boss asking if I would be interested in coming back to work a couple of days a week--are you kidding me? It's like one thing after another this week. Each time we've made a decision to move forward, God sends a little reassuring event as if to say "Yes, you're on the right track."

He's got it all figured out and its just up to us to follow Him. To take the right steps.

Prayer requests:
for these precious girls and all they've been through
for God's will, that if they are meant to be our children-things would work out
for my potential job and schedules that would have to work out for that to happen
timing and finances to fall into place

My bible study for today ended with the statement, "Don't just wait and see. LIVE and see." We pray that we would not just sit back and see what happens with our lives and this adoption, but that we would trust in God and be His hands and feet as He works out His plan-a plan that is not based on coincidence.
Posted by Jessica at 7:52 PM 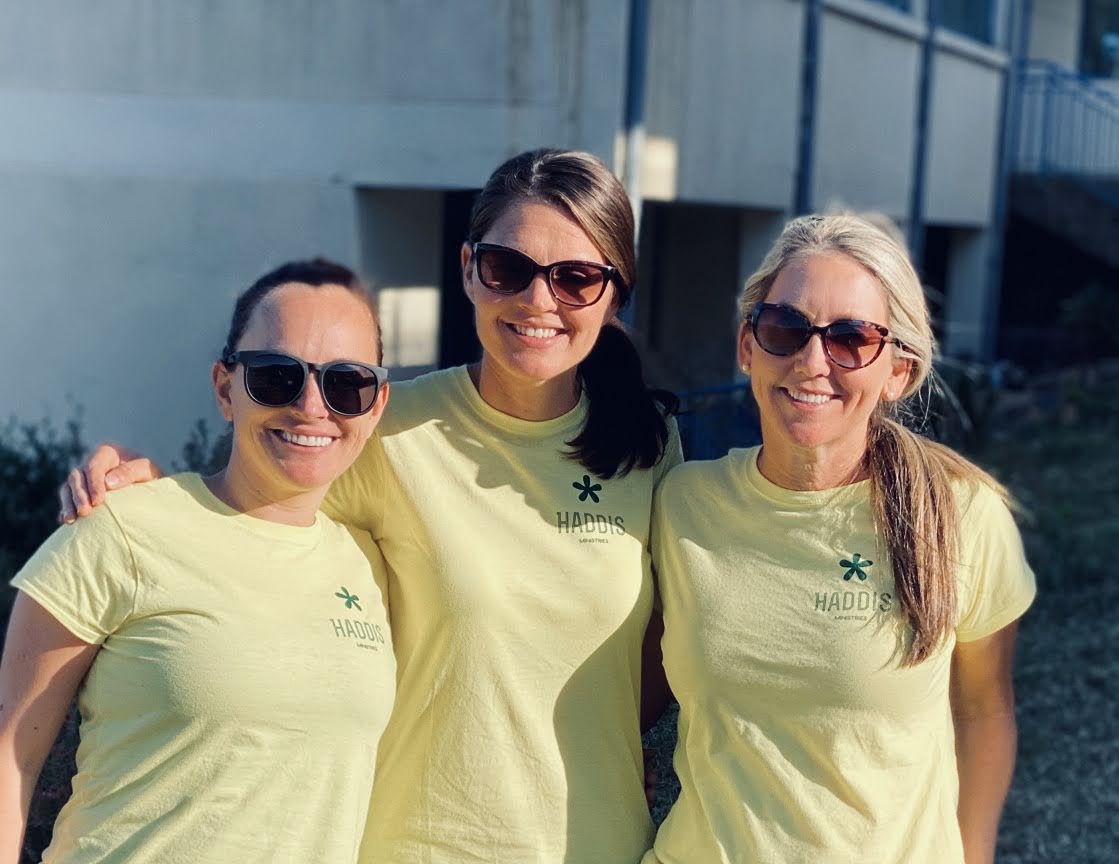