Look What the Mail Man Brought.....

Last week, Nick's parents sent the kids a package. It came on Thursday afternoon, but we had soccer practice, so we didn't have time to open it. Plus, I knew what was in it, so I used it for a little incentive to do a great job at school on Friday for daddy (I work Fridays, so Nick does the schooling). What do you know, I came home and they had had the best day ever and the house was even cleaned up. So, we finally let them open it up. 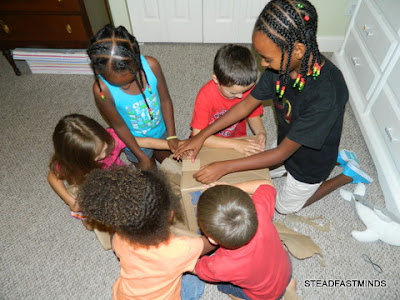 The boys got some lego guys (a highly prized possession around here) and some figurines that use to be Nicks-one bear playing baseball and one fishing--they loved that. 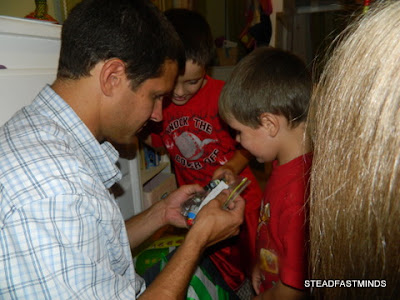 And the girls hit the barbie clothes jackpot. They were super excited and played barbies the entire weekend--even laying out clothes at night for their barbies to change into in the morning. 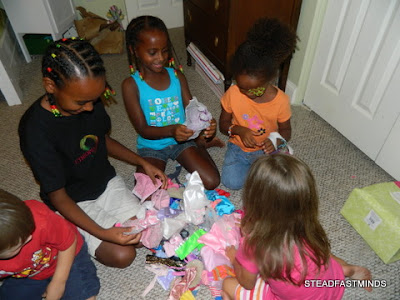 All their barbie excitement reminded me that I had a trunk full of my old barbies up in the attic. We got that down which provided a couple of much needed Ken dolls (up until then, Caleb's GI Joes were playing the part--much to his dismay) and of course there were several barbie babies to add to the fun (cause you know the babies were my favorite part about playing barbie :-)

Thanks Gee Gee and Grandad
Posted by Jessica at 1:16 PM