Well, I think I've officially earned that title now. With 5 kids playing, being at the practice field 4 nights a week and 3 weekends of games under our belt, I'm pretty sure that qualifies me--yep, I think that about does it--I'm officially a soccer mom.

Last year, Caleb played baseball and the girls played soccer. It was a little too crazy having two different fields and trying to make it to all of the practices and games. We were kind of relieved this year when Caleb decided he'd like to try soccer. So, all 5 of our oldest kids are playing in the same league. The saving grace is that Caroline and Meron are on the same team and Caleb and Hermela are on the same team. Rahel is flying solo and Colton--well, we spend a lot of time on the playground and digging in the dirt during practices and games. 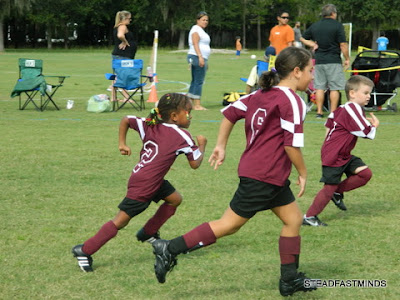 Meron's really starting to get the hang of it. 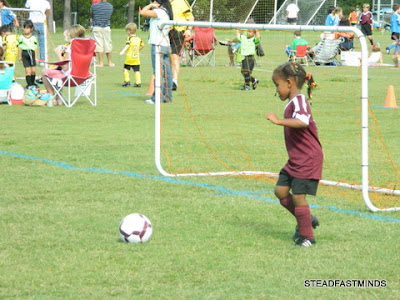 Here's an action shot of Caroline (there aren't too many of these as she's not so much into the whole running around and kicking the ball thing--I think we may try ballet next season with her). 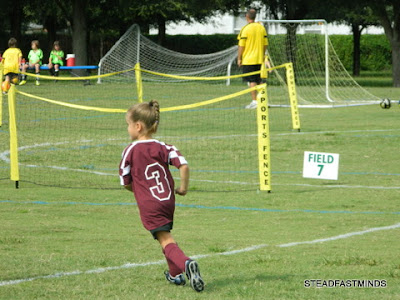 Rahel is doing great. You can tell that she's pretty worn out by the end of her practices and games, but she sure tries hard. I can't even imagine playing on a sports team in another country just 4 months after landing there. We are amazed by her progress. 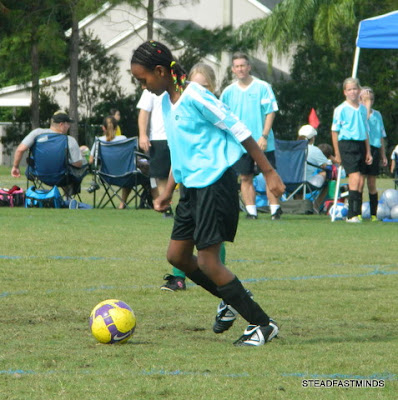 Hermela--well, let's just say she's fierce. They other day she said, "I can't wait until I'm playing soccer on TV." She just may have a shot at that with her determination. 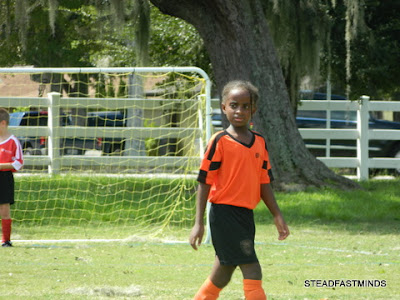 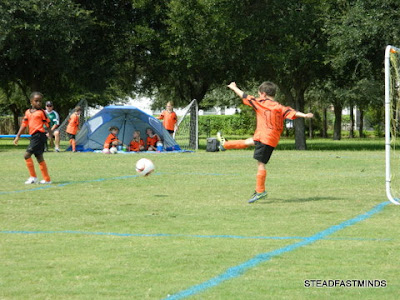 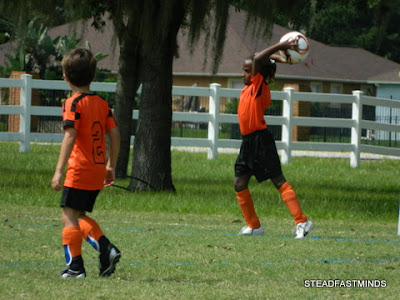 Caleb's spent a lot of time as goalie and really likes it. 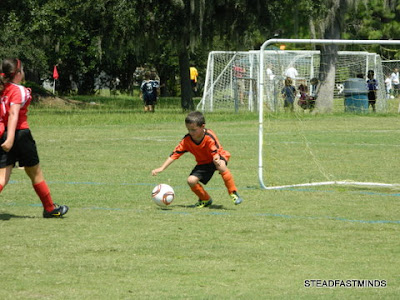 So that's our Saturday mornings in a nut shell. I keep meaning to get a group shot of them all dressed up in their game clothes (they are after all the cutest soccer players I know), but I've yet to get my act together enough before we rush out the door on game day--maybe next week.
Posted by Jessica at 2:39 PM